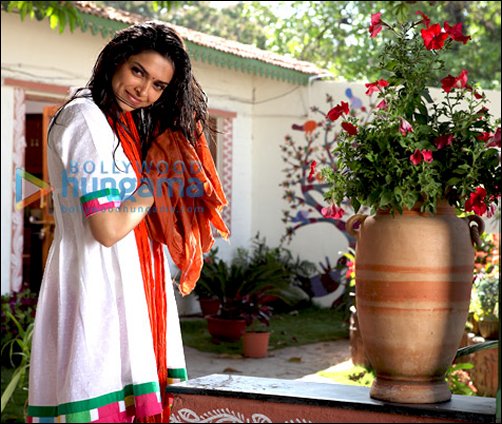 Deepika Padukone wanted her own romantic melody in Aarakshan. Apparently, on seeing the vibes that the love ballad in Raajneeti created between Ranbir and Katrina, Deepika asked for a number as romantic as 'Mora Piya', the love ballad Katrina shared with Ranbir Kapoor in Prakash Jha's Raajneeti.

That was the specification which Deepika apparently gave director Prakash Jha while requesting him to add a love ballad for her and her co-star Saif Ali Khan in Aarakshan. That was how the number 'Achcha Lagta Hai' was born.

Says a source, "Deepika sent Prakash Jha a very cute message saying she wanted a love song on a par with Raajneeti's 'More Piya', with a smiley that Prakash just couldn't resist. He tweaked his script and made space for the love song."

It may be recalled that during the shooting of Raajneeti in Bhopal, the same city where Deepika later shot Aarakshan, Deepika had paid Ranbir and Katrina Kaif a surprise visit and had called off their relationship thereafter.

Says Deepika, "I was really looking forward to shooting this song and it's come out to be amazing. Prakash ji has a really good sense of music. I remember how 'Mora Piya' was such a rage. I remember messaging him to please give me a good romantic song in the film. It's always on loop on my iPod, wherever I am travelling. And now 'Accha Lagta Hai' which is such a playful and cute romantic song. "

Wonder if 'Achcha Lagta Hai' would be on Katrina's iPod.