Deepika Padukone has always been an inspiration for everyone and is the only Indian actress who is spreading mental health awareness. Recently, during her promotions for her next release Chhapaak, she was seen having a great conversation with three of the biggest stars of regional cinema- Nithya Menen, Sonali Kulkarni and Sonam Bajwa who are successful actresses from their respective industries. 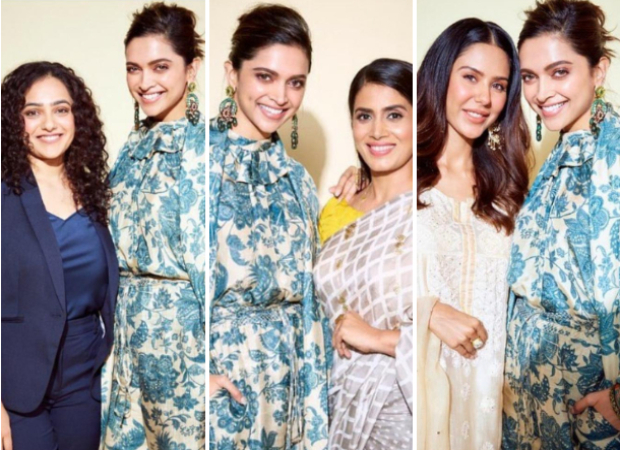 Taking to her Instagram, she shared that her conversation was incredibly insightful and filled with laughter with Sonam Bajwa. “I'm holding you to 'veren' and 'bhat' offer”, she shared for Maharashtrian mulgi Sonali Kulkarni and  "for those of you who didn't know (I didn't either until her big reveal) not only are we from the same city, we are from same college!", for her close friend Nithya Menen.

The actresses also shared that they loved the story of film Chhapaak and the way Deepika Padukone has taken this role during their conversation.

On the work front, the actress will be next seen in Meghna Gulzar's Chhapaak, a film based on the life of acid attack survivor Laxmi Agarwal. She will also feature in Kabir Khan's '83 where Deepika will be essaying the role of Kapil Dev's wife Romi Dev in the film. She turned producer for both her upcoming projects and Chhapaak and '83.

For those of you who didn’t know(I didn’t either until her big reveal!)not only are we from the same city, we are also from the same college!!!???? Thank You @nithyamenen for your love & warmth!❤️ #chhapaak #10thjanuary #chhapaakpromotions

@sonalikul I’m holding you to the ‘veren’ & ‘bhat’ (maharashtrian meal) offer!Thank You for your love and energy!❤️ #chhapaak #10thjanuary #chhapaakpromotions