Ranveer Singh is definitely one of the most prominent actors of today’s generation. One can’t deny that when it comes to his work, he’s extremely focused and dedicated. The actor is currently gearing up to begin the second schedule of Simmba which will be helmed by Rohit Shetty. For the role of quirky cop Sangram Bhalerao, he has undergone an insane physical transformation for the film. 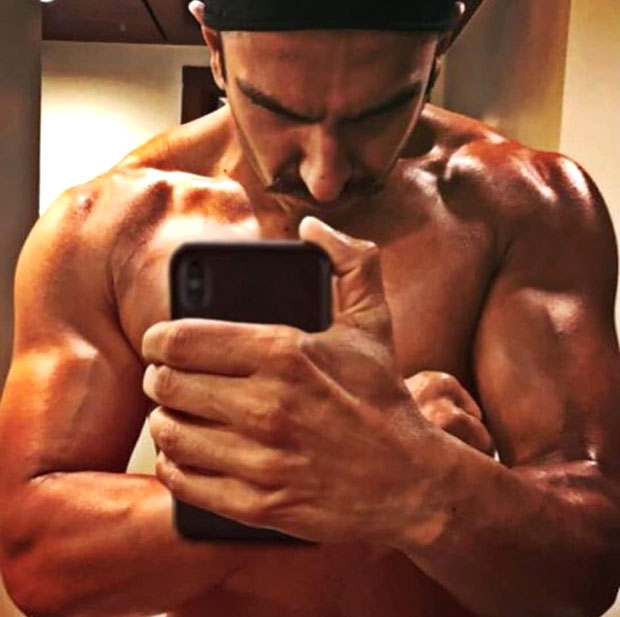 Ranveer Singh has been pumping up his body for the role of Sangram Bhalerao. He has beefed up and gained a lot of muscles. In the latest picture, he is flaunting his chiselled upper body in the mirror selfie. He captioned it as, "G.A.I.N.S #mondaymotivation". This beefed up look is surely making the fans swoon and giving some major fitness motivation.

Talking about his body transformation earlier, Ranveer had admitted that Rohit Shetty wants him to look big. "He is very keen that I have big muscles in the film. He has told me — Jab tu wardi pehenega na to wardi phatni chahiye,” he said.

Ranveer had even talked about working in an all-out entertainer for the first time. “It has been a mind, soul-enhancing experience. Rohit sir is the king of the genre. I am growing as an artiste. It is not easy to be performing, acting in mainstream films as there is comedy, drama, action, etc. It is my biggest film and I am very excited about it. It is going to be a full-on family entertainer and I want to be part of films like this in future,” he said.