Harry Potter might have ended up with Ginny Weasley, but actor Daniel Radcliffe revealed that he once had a crush on Helena Bonham Carter. Radcliffe gave the morsel of information during the Harry Potter 20th Anniversary: Return to Hogwarts reunion special. Carter, who played the twisted Bellatrix Lestrange opposite Radcliffe's Harry Potter in the films, had rummaged through her things and found an old letter Radcliffe once wrote to her during the making of the movies after she had asked for his autograph. She handed him her phone to read the note aloud off a photo she took. 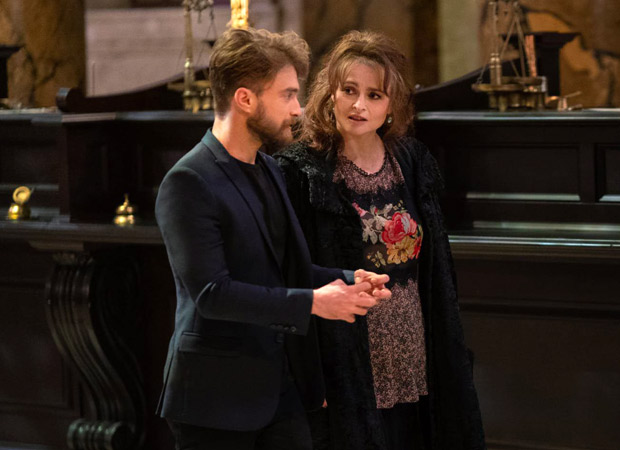 "Dear HBC, it was a pleasure being your costar and coaster, in the sense that I always ended up holding your coffee," the note reads. "I do love you and I just wish I'd been born 10 years earlier. I might've been in with a chance. Lots of love and thanks for being cool."

Radcliffe hesitated reading that last part, but Carter encouraged him with a laugh. "You can share," she said. "Isn't it nice? I shall always treasure that. That is in my toilet, Dan," she added.

Radcliffe wasn't the only one who had a crush on a co-star. Elsewhere in the special, Emma Watson (Hermione Granger) opened up about falling for Tom Felton (Draco Malfoy). Watson recalled going in for a day of tutoring when the teacher asked the kids to draw what they thought God looked like. "Tom had drawn a girl with a backward cap on a skateboard," she recalled. "And, I just don't know how to say it, I just fell in love with him."

She went on to explain how she always looked for his number on the call sheet — "It was number 7," she said — "and if his number was on the call sheet, it was an extra exciting day." Felton acknowledges there is love between them, but Watson clarified it's more in a brother-sister way now. "I became very protective over her," he said. "I've always had a soft spot for her, and that continues to the day."