Last Updated 01.12.2021 | 11:07 AM IST
feedback language
follow us on
Bollywood Hungama » News » Bollywood Features News » Dangal’s adorable nephew Aparshakti Khurrana, there is much more to him than brother Ayushmann Khurrana 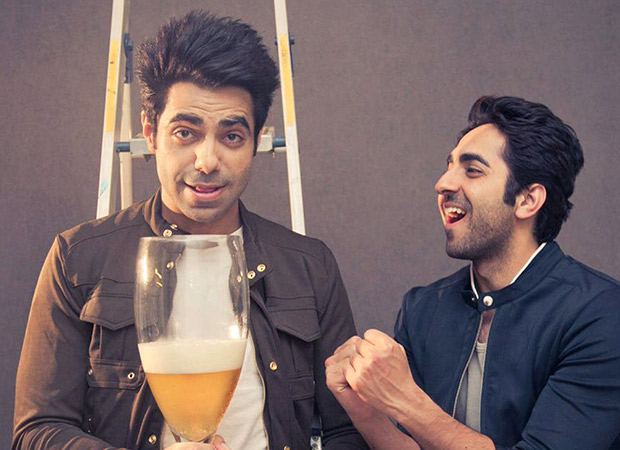 Ayushmann Khurrana’s younger brother Aparshakti emerged in 2016 as an actor to watch, first as one of the scoundrels in new director Sanjeev Varma’s Saat Uchchakey. Now at year-end Aparshakti has made a huge impact as Aamir Khan sweet docile devoted goofy nephew Omkar.

Aparshakti is understandably awed by the recognition that Dangal has brought him. “If the role has shaped up so well I owe it to three people. Aamir Khan Sir, (director) Nitesh Tiwari Sir and the casting direct Mukesh Chhabra Sir. They believed in me. They thought I could deliver. The role was such that I couldn’t go wrong, not if I was convinced I could carry it off. And I was fully convinced.”

In a film that focused fully on Aamir Khan and his two daughters Aparshakti as the narrator-nephew-punching bag Omkar is a huge success. “All because of Aamir Sir and Kiran M’aam (Mrs Aamir Khan). They made us all feel so much at home. We felt like a family. We were not allowed to be in awe of Aamir Sir. He puts us at ease, joked with us, made fun of himself….He was the main reason why we all seem so comfortable in Dangal. And let’s not forget Kiran M’aam. She played the perfect hostess throughout. I remember one incident where one of the girls playing the childhood portion of the Phogat sisters’ lives dropped a glass in Aamir Sir and Kiran Maam’s home. Someone jokingly asked the little girl why she was behaving as if she was in her father’s home. ‘Yeh mere baap ke hi tih ghar hai,’ she replied. That’s how comfortable we were with Aamir Sir. That’s why you see us looking like a family in Dangal.”

Aparshakti is equally proud of Saat Uchchakey, “The director Sanjeev Sharma had tremendous confidence in me. He cast me alongside such stalwarts as K K Menon and Vijay Raaz. The film was great fun to do but didn’t get noticed because it didn’t do well. Also, there were too many gaalis in the film, though I was not giving those gaalis. I was getting them from the other characters.”

The actors who names his brother Ayushmann as an inspiration says he is taking it nice and slow. “I don’t have to do anything I don’t want to. This is what I’ve learnt from my brother. I turned down a few movie offers to be able to do a cricket show on Star Sports, just because it was something I wanted to do for a long time. I’d rather do what I want to rather than what is expected from me.”

Aparshakti attributes his success to his wife and marriage of two years. “Before marriage nothing was happening to my acting career. I was doing plays, rehearsing regularly and honing my skills…but no movie offers. After marriage I got two lovely movies Saat Uchchakey and now Dangal. Now I know who Lady Luck is.”