Anushka Sharma is all goals to every working girl out there. She, for long been impressing us with her craft and sartorial choices. Also, we are quite enamoured by her no-nonsense vibe off screen and the way she steers every conversation towards her work despite media continuously hounding her for her association with one of the most celebrated cricketers of the country: Virat Kohli. Her film choices also set her apart from the rest and position her in a unique league. Despite having a total quintessential Bollywood debut with Yash Raj Films’ Rab Ne Bana Di Jodi, she went on to sign and produce films revolving around diverse subjects: from drama to romance to now ,horror. Her film Pari has just released and the actress has once again impressed critics with her stellar performance in an unconventional genre like horror. She also made news after she re-united with her hubby Virat at the airport a couple of days ago. 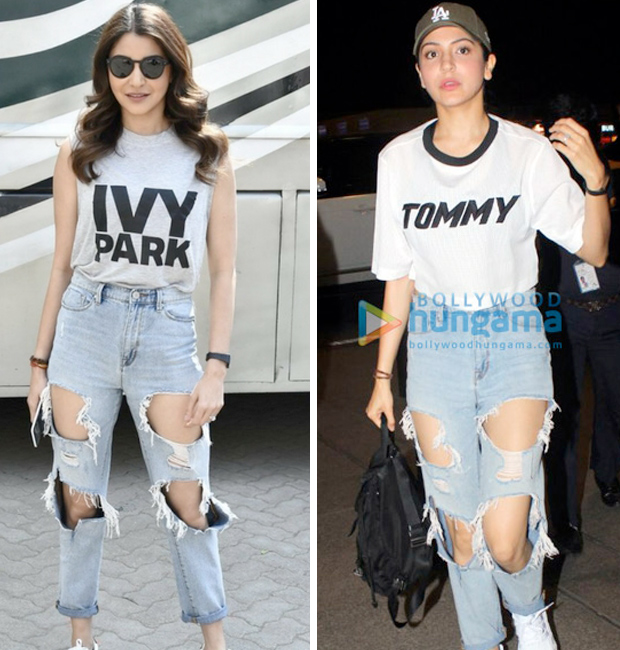 After a short reunion, she head back to Bhopal to resume shoot for Sui Dhaaga and was snapped at the airport. Well, she aced her look as usual as she opted for a baseball cap, a basic Tommy Hilfiger crop top and her favourite distressed boyfriend jeans! Chic and timeless, this was classic Anushka at her best. We did a little digging up and realised that she in fact has smartly recycled her clothes from her previous outing and boy, we are impressed. While it is no secret that Anushka loves her jeans ripped, she had worn the same pair a couple of months ago at an ad shoot in the city after she had just joined work post wedding. These jeans do have a Virat Kohli connection, we reckon! Like these particular denims, the Sui Dhaaga star loves her Ivy Park grey sleeveless top and has paired it with Chola’s separates on occasion and with the same pair of jeans on another. 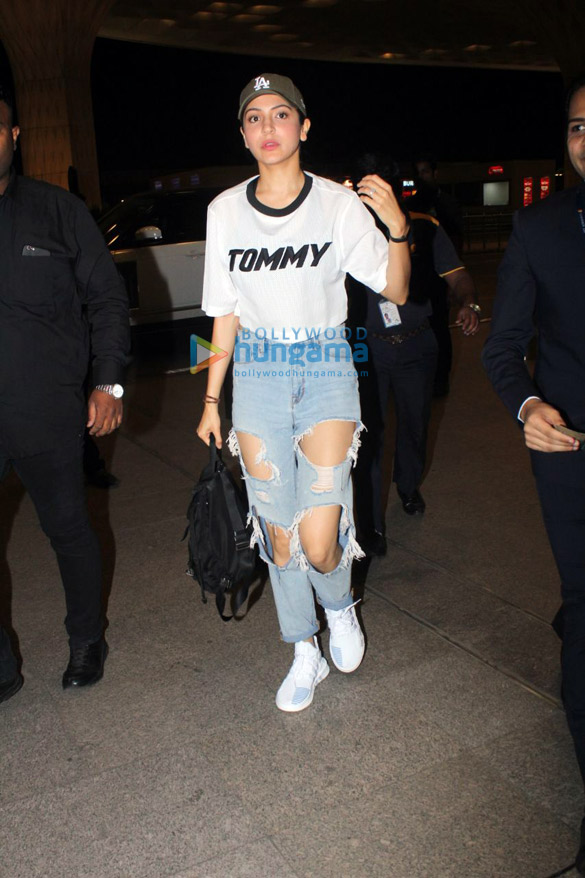 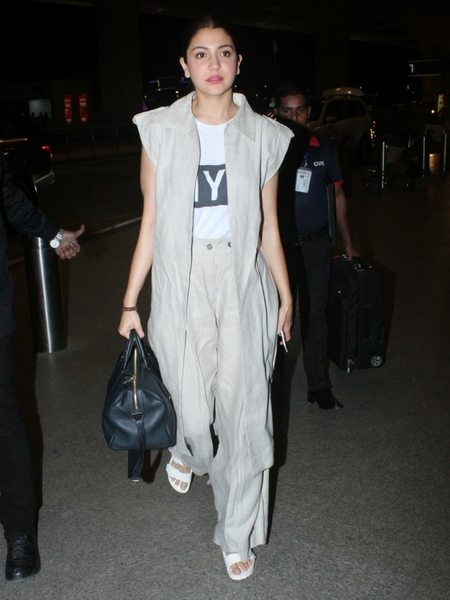 The Pari actress’s obsession for distressed denims and crop tees is quite apparent as she makes sure she does not let this trend die by sporting it often. While we are on this subject, how can we forget her fabulous dramatically ripped white denims which she paired with a casual sky blue stripped shirt while promoting Harry Met Sejal a few months ago at Facebook Mumbai office? 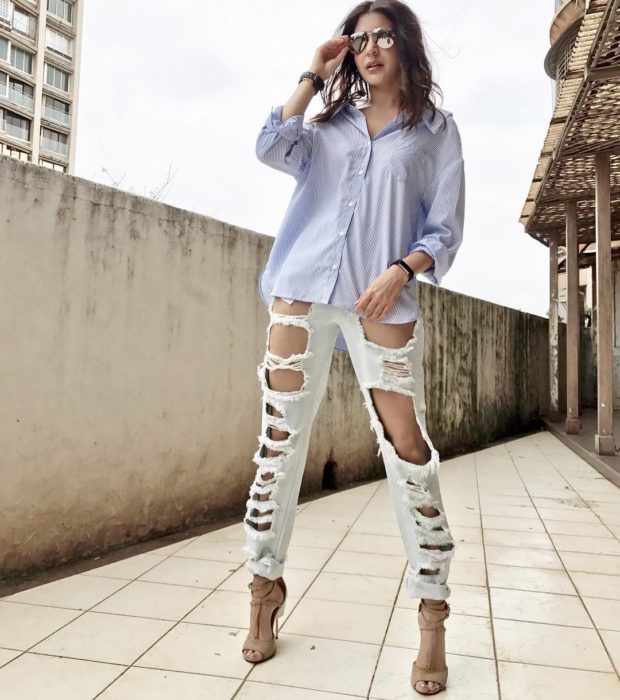 Anushka Sharma sure swears by this one fashion trend and inspires us too!