Salman Khan and Sonakshi Sinha are all set to return with their fan favourite characters – Chubul Pandey and Rajjo – with the third installment of Dabangg. The film is being helmed Wanted director Prabhu Dheva and Dabangg 3 will be bigger than ever. And the team of the film has begun their schedule in Mumbai. They recently received immense love as they arrived on the sets in Mumbai. 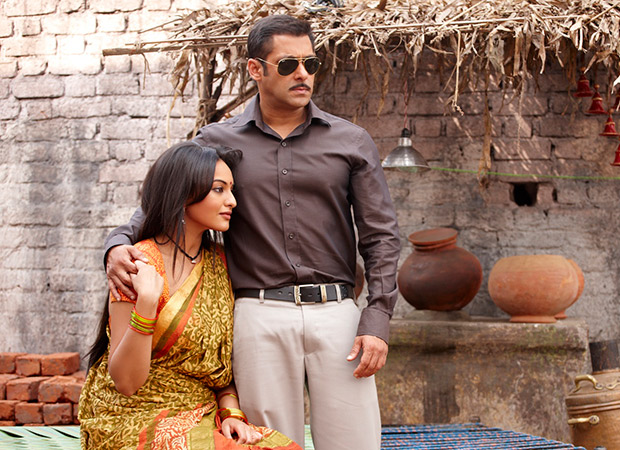 Salman Khan and Sonakshi Sinha recently arrived in Phaltan to start the next schedule of Dabangg 3. Sonakshi posted a video of her arriving on set, and the onlookers cannot stop cheering for their beloved Rajjo. The fans went crazy seeing their favourite stars as they arrived to shoot in Phaltan. Many videos went viral on social media as onlookers could not stop cheering for them.

Recently, Sonakshi Sinha sat down with Bollywood Hungama where she exclusively spoke about Dabangg 3 and what can fans expect from it. When asked how different the film will be from the first two installments, she said. “It has to be different otherwise why will we make the same film again. It is different. The thing with Dabangg is that with every part, we give the audience something new. Because, of course, the characters have been so accepted and so loved like Chulbul, Rajjo, Makkhi, everyone. The characters remain the same; it’s just that what is happening around them keeps changing.”

ALSO READ: Sonakshi Sinha begins the next schedule of Dabangg 3 on a floral note!

“Sriti Jha is my favourite actress, she has…

Arti Singh reveals why she did not stay in…

Nora Fatehi is a royal muse in Abu…