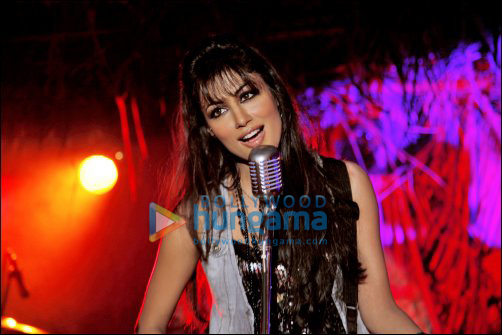 By now its common knowledge that the gorgeous beauty Chitrangda Singh would be seen after a hiatus in Sudhir Mishra's upcoming film Yeh Saali Zindagi. However, the dusky actress would not only be acting in the film but would also be making her debut as a playback singer with this film.

Chitrangda has sung the title track of the film with composer-singer Abhishek Ray. After composing the song, Ray tried out various female voices for the song but couldn't find the right voice. It was then that director Sudhir Mishra suggested Chitrangda's name. The actress, with just one evening's rehearsal, surprisingly managed to bring about the right attitude which the song required.

Both Ray and Chitrangda are scheduled to perform the title track at the film's promotional event very shortly.

On the occasion of Hindi Diwas, Chitrangda…

Chitrangda Singh gets a special gift for…