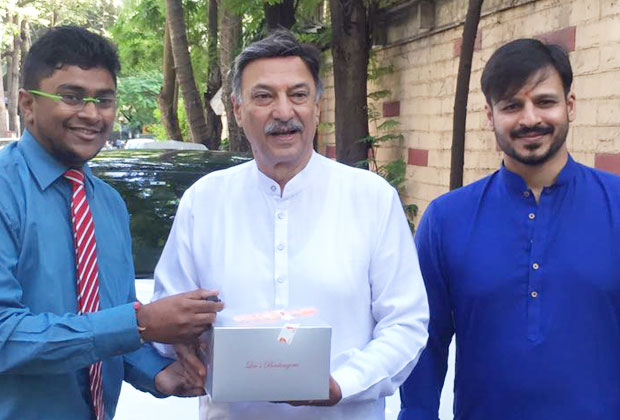 Despite being tied up with his philanthropic and work commitments, Vivek Oberoi always takes out time for his family. This time around, the actor decided to gift something special to his father and veteran actor Suresh Oberoi.

Vivek Oberoi decided to gift him a white luxurious Mercedes SUV and here’s a glimpse of the same. We hear that Vivek who generally plans something special every Diwali decided to ask his family members this time if they wanted something different. While it is being said that his father politely mentioned that he did not need anything, Vivek decided to surprise him with the car. Vivek was aware that his father is very fond of cars and hence he wanted to gift the same to him.

Last seen in Great Grand Masti, Vivek Oberoi will be seen in the role of gangster in the upcoming film Rai. Vivek, who is also venturing into production with this film, will be collaborating with his favourite director Ram Gopal Varma, who gave him his big break in Bollywood with Company.

Salman Khan says if he has to move to…

Amitabh Bachchan adds a vintage car to his…