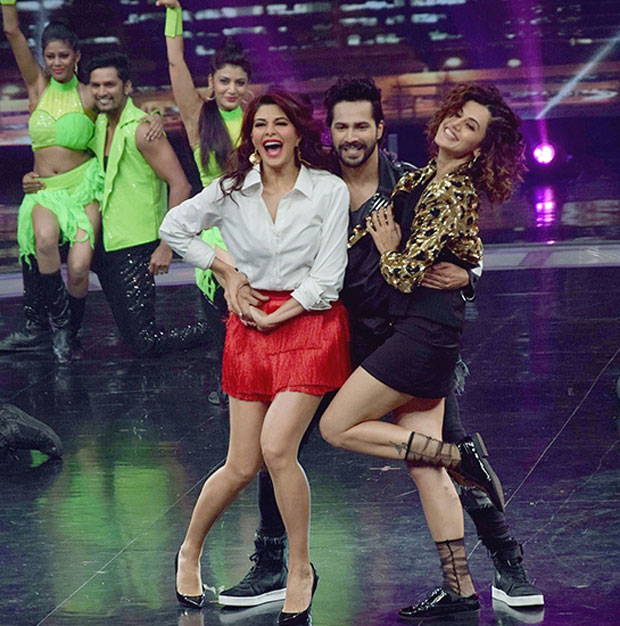 Varun Dhawan, Taapsee Pannu and Jacqueline Fernandez are promoting their upcoming comedy film, Judwaa 2, in full swing. The trio has been travelling to several cities and appearing on different reality shows for promotions. 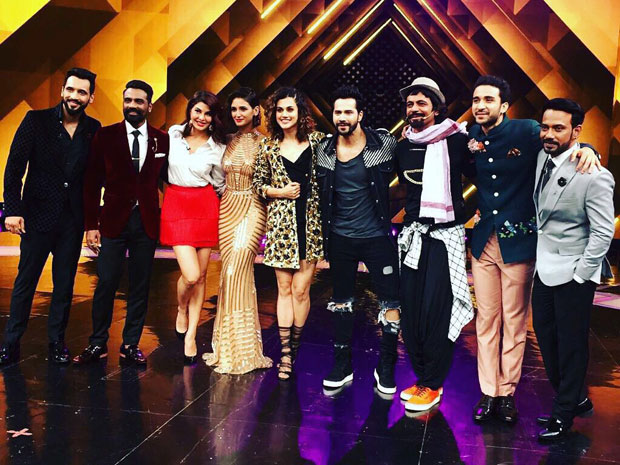 On Thursday, Varun Dhawan reunited with his ABCD 2 director Remo D'souza's on his show Dance +. Along with him, his leading ladies Taapsee Pannu and Jacqueline Fernandez also joined came and arrived on the song 'Oonchi Hai Building 2.0.' The audience absolutely loved their performance as the trio entertained them. 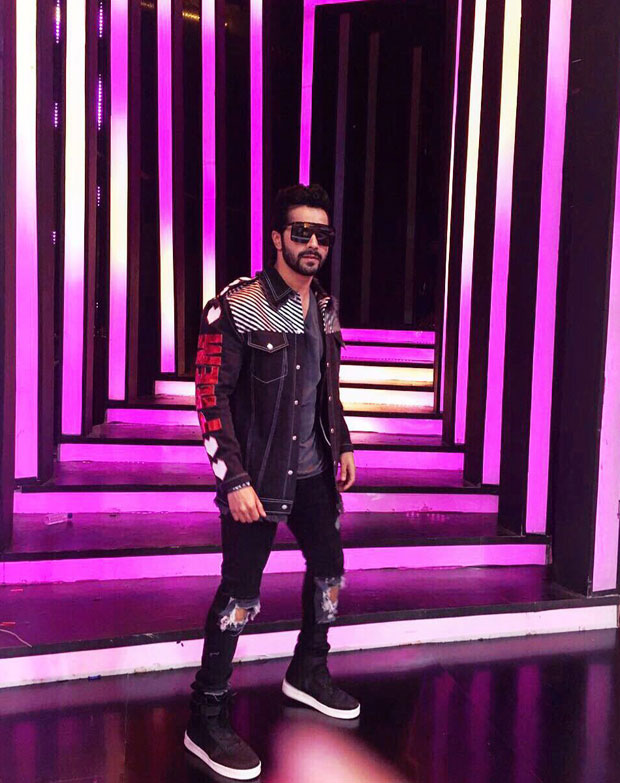 Varun Dhawan shared a couple of photographs from the shoot and was pretty excited to reunite with Remo D'souza and ABCD cast- Dharmesh, Punit Pathak and Raghav Juyal. He captioned it as, "#judwaa2 meets #Abcd2 aur phir hota hai dance aur comedy ka dhamaka. Some of my favourite peeps on the same stage. I feel very protected."