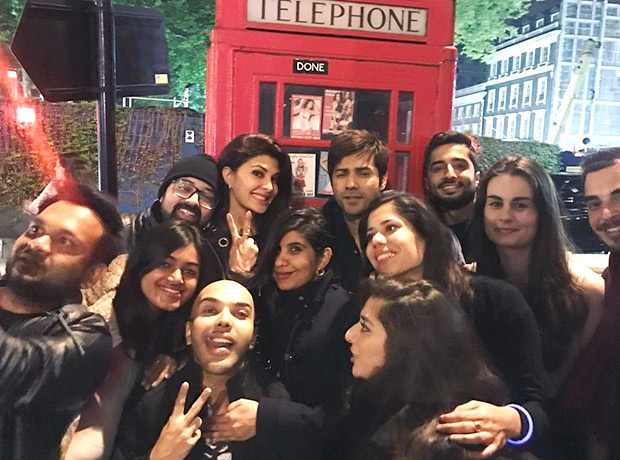 Varun Dhawan and Jacqueline Fernandez are having the time of their lives on the sets of Judwaa 2 in London. Besides shooting, the actors also hang out with their cast and crew when the cameras aren’t rolling.

Earlier, the two had teamed up for Dishoom in 2016. So, their camaraderie level is absolutely crazy. Taking some time off on the weekend, Varun Dhawan and Jacqueline Fernandez had some chill time with their friends. Varun shared a group photo with a caption that read, "#london nights #judwaa2."

Directed by David Dhawan, Judwaa 2 stars Varun Dhawan in double role as Prem and Raja. Jacqueline Fernandez and Taapsee Pannu are the leading ladies. It is a sequel to the 1997 Salman Khan starred Judwaa which also starred Karisma Kapoor, Rambha, Bindu, Kader Khan and Shakti Kapoor as Rangeela. Judwaa 2 is scheduled to release on September 29, 2017.

EXCLUSIVE: “We are nowhere near them,” says…

Suhana Khan flaunts her dewy makeup in these…