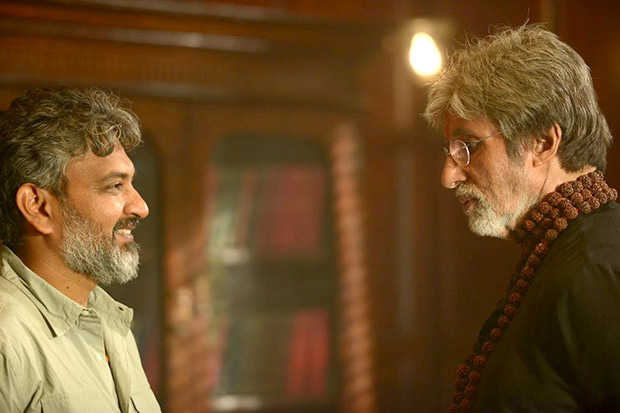 While shooting the film, Amitabh Bachchan got a sweet surprise from, Bahubali director SS Rajamouli. When the ace filmmaker heard that Amitabh Bachchan was shooting nearby, he decided to pay him a visit. He shared the photos from the filmmaker's visit on the set and wrote, "The genius director Rajamouli of that colossal film 'Bahubali' on set of SARKAR 3 .. a simple humble man !!" The duo had a good time meeting each other. 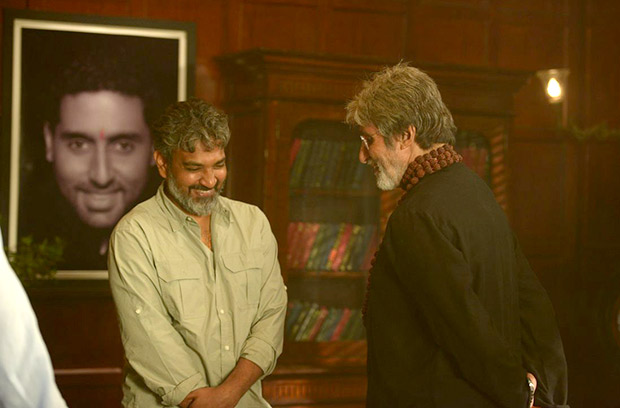 In a recent blog post, Amitabh Bachchan talked about Sarkar 3 and how he is impressed with it. He wrote, "I saw the first scene of ‘SARKAR 3′ edited by the RGV of Ram Gopal Varma .. and shared it with some … a stunned silence preceded the gushing praise that followed … from common housewives to seasoned head of work departments .. if this is the first scene they said wonder what will happen after this and how will the strength of the first scene remain in such prominence compared to what shall follow later."