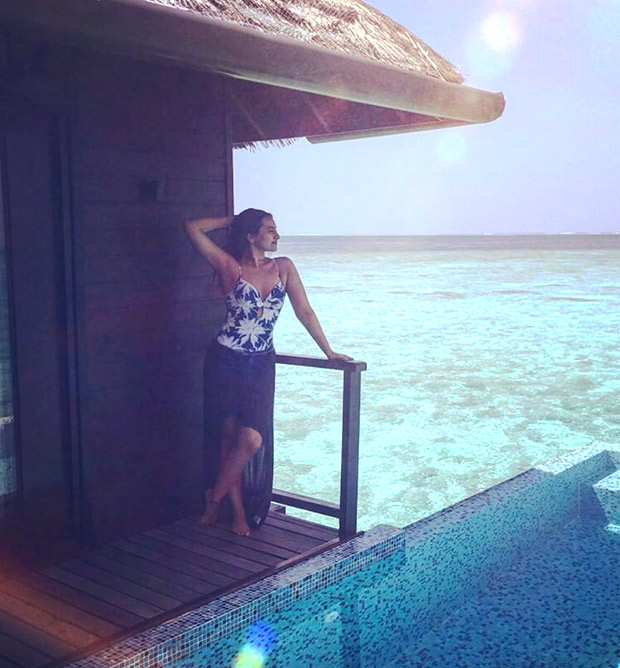 The stunning Sonakshi Sinha, who was last seen in the action flick Force 2, is on a well-deserved holiday in the picturesque Maldives. If the adjoining photographs are any proof, then, one has to give it to Sonakshi Sinha for really enjoying life to its fullest in Maldives.

Sonakshi Sinha shared the adjoining photograph from Maldives. She captioned the same as “To infinity and beyond... thats what Maldivian mornings feel like can i just never leave please @coco_resorts!!! #sonastravels #islandgirl #waterbaby #cocomoments #beautifulmaldives”.

Sonakshi Sinha also posted the adjoining photograph in which she was wearing a stunning yellow sleeveless top with glares that speak volumes. She captioned the same as “Where theres so much blue... theres gotta be some green too #sunkissed under the maldivian sun! @coco_resorts #beautifulmaldives #cocomoments #sonastravels #islandgirl”. 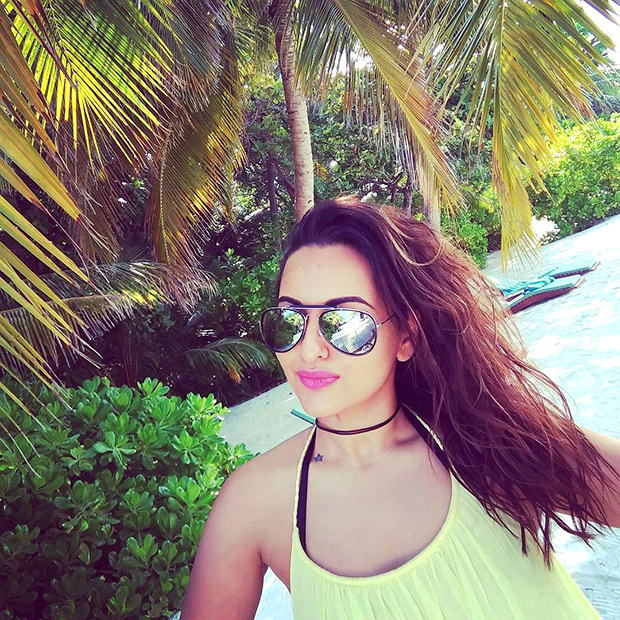 On the films’ front, Sonakshi Sinha will now be seen in Sunhil Sippy’s Noor, which also stars Kanan Gill and Shibani Dandekar.