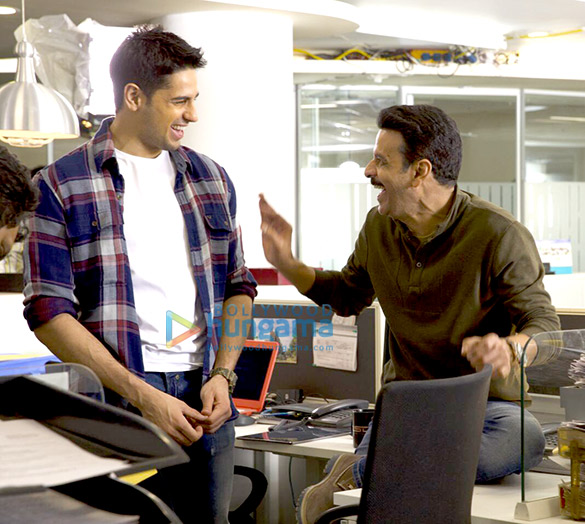 It is known that Sidharth Malhotra and Manoj Bajpayee are coming together for the very first time in Neeraj Pandey's Aiyaary. The film was completed in the month of August and they are awaiting the release now.

Last weekend, Sidharth Malhotra shared a candid picture from the sets of the film with co-star Manoj Bajpayee. In the photo, the duo can be seen having a fun conversation and sharing a laugh together. He captioned the photo, "The deception ends soon! 2 Months To Aiyaary @BajpayeeManoj @aiyaary."

Manoj also shared the same picture and wrote, "The trickster will have a face.unveiling on republic day. 26th January 2018.#2monthstoaiyaary."

Aiyaary portrays Sidharth Malhotra as an army officer sharing a mentor-protégé bond with Manoj Bajpayee. The film is based on a real-life incident that revolves around two strong-minded army officers having completely different views, yet right in their own ways.

Presented by Reliance Entertainment and Plan C Studios, Aiyaary is a Friday Filmworks Productions and is produced by Shital Bhatia, The film is directed by Neeraj Pandey and is scheduled to release on January 26 next year.