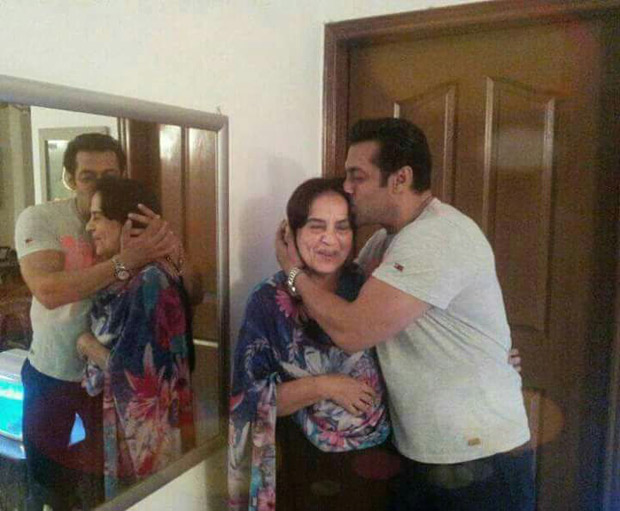 Reviving memories of the Doordarshan era, we spotted one of the most popular newsreaders of the early 80s, Salma Sultan recently. And she was seen with none other than our ‘Sultan’ Salman Khan.

In a recent picture that has been doing the rounds, Salman Khan is seen fondly kissing the forehead of the 69 year old journalist. Salma Khan’s career spans through three decades as a newsreader of Doordarshan. She gained immense popularity as an anchor on the national television and was also appreciated for her stylish trends. While the reason why the superstar visited her is still unknown, this picture manages to make us nostalgic about the DD news days.

Last seen in Sultan, Salman Khan is currently working with Kabir Khan for Tubelight and will then work with Ali Abbas Zafar again for the second installment of the Tiger series, Tiger Zinda Hai.