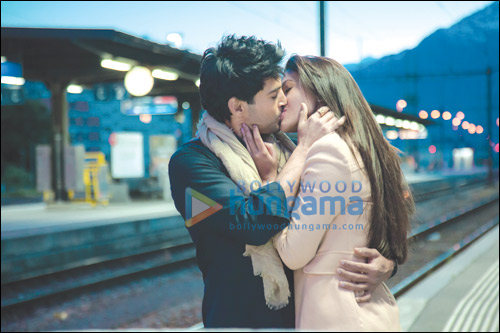 Rajeev Khandelwal plays an assassin and would be seen serenading Gauahar Khan in this upcoming thrillex Fever directed by Rajeev Jhaveri. An assassin movie is incomplete without hot babes and setting the screen on fire is ex-Bond girl, Caterina Murino and Hollywood bombshell Gemma Atkinson.

Perhaps the first Bollywood film to be entirely shot in Switzerland, Fever is stunningly shot in more than 17 towns of the Alpine country. "Thrillex is a movie that has loads of thrill with exotic locations, exciting suspense and sex", quips Rajeev Jhaveri.

Presented by Niche Film Farm & Jaya Sapthagiri Production an ICM Entertainment production in association with Plus Entertainment Pvt Ltd. the film is slated to hit screens worldwide on July 22, 2016.

Gearing up for ATEEZ's comeback with ZERO:…

ATEEZ takes you through rollercoaster of…

Shehnaaz Gill gets insulted by Sidharth…