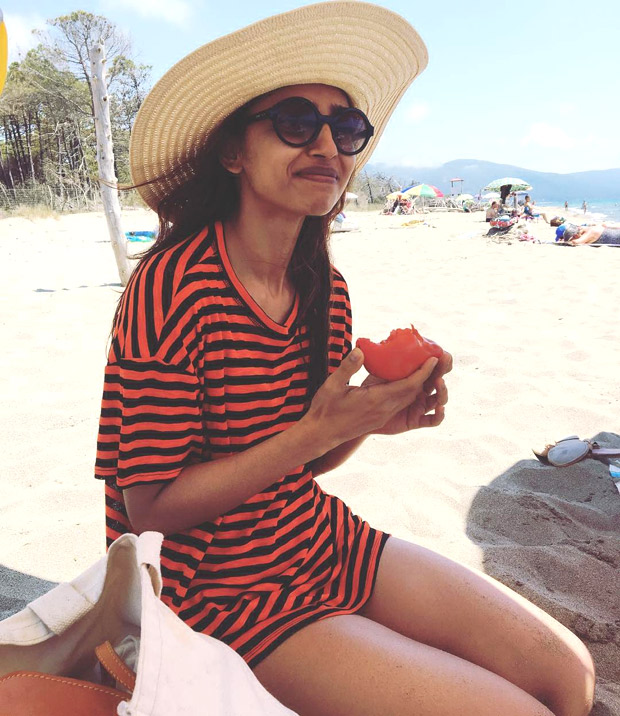 The hot and sexy Radhika Apte, who, never fails to surprise everyone with her roles, is in a holiday mood these days. After having submerged down in work by doing back-to-back films like Parched, Phobia, Kabali and others, it was about time that she took a break from her busy hectic work schedule.

Check out: Radhika Apte chilling on a beach in Italy

Recently, the bold and beautiful Radhika Apte was spotted enjoying her holiday on the sun kissed beaches of Tuscany, Italy. She posted the adjoining photographs which were a clear indication that Madame Apte was having a time of her life there. She posted the adjoining photograph in which she was seen eating tomatoes for … hold your breath… lunch! She captioned the photograph as “Tomatoes for lunch #beachpicnic”. She posted yet another photograph in which she is chilling out in a bikini. She captioned the photograph as “After a nap on the Tuscan sand ?? #Tuscany #holiday #sea #beaches #peace #cansleepanywhere #tan #coldwater #hotsun #goodfood #wilderness #polaroidsnap”. She also posted a video of her holding a sea urchin, which she had captioned as “No animals were harmed in the making of this clip.. (I put it back in the see) #beautifulanimal #seaurchins #sea #rocks #firsttime #mesmerizing”. 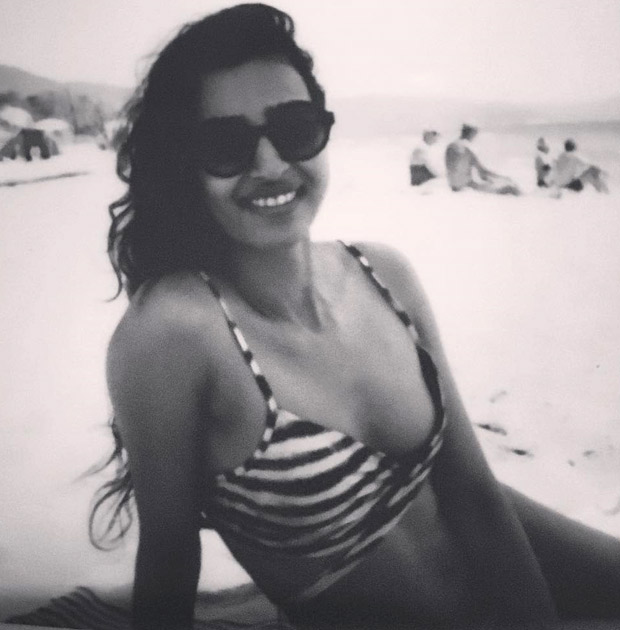 On the films’ front, she will be seen playing the role of an extremely hot and ambitious financial analyst in the Saif Ali Khan starrer Baazaar, which is being made by Nikkhil Advani. Radhika Apte has been cast opposite Rohan Mehra, who happens to be the son of the late actor Vinod Mehra.

No animals were harmed in the making of this clip.. (I put it back in the see) #beautifulanimal #seaurchins #sea #rocks #firsttime #mesmerizing