Priyanka Chopra is an unstoppable force of nature. We had reported earlier that Priyanka Chopra has been appointed as the jury member of the 16th edition of Tribeca Film Festival. The festival commenced on Thursday, April 19. 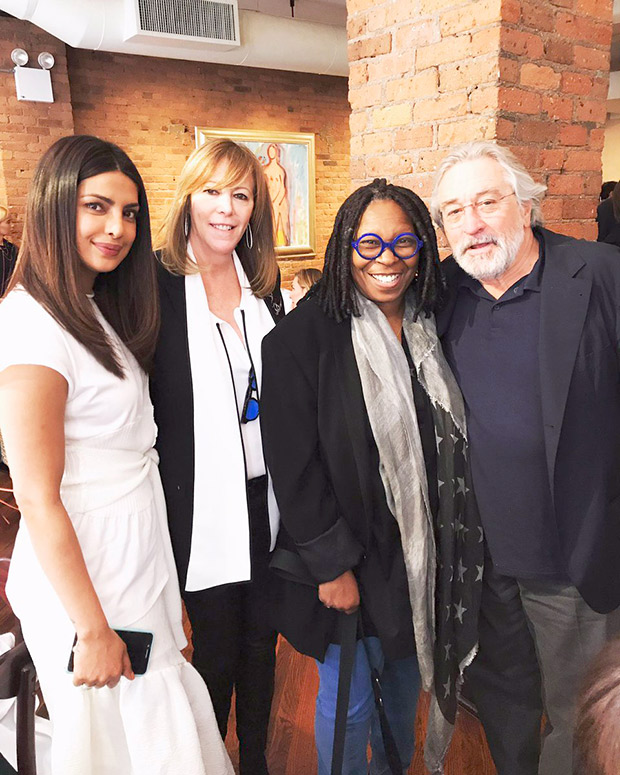 Upon reaching Tribeca, Priyanka Chopra attended the lunch for the Tribeca Film Festival. She met one of the most respectable actors in Hollywood- Robert DeNiro. The actress got an opportunity to have a conversation with him and posed for some pictures. She also got a chance to meet the actress, comedian and host Whoopi Goldberg. She captioned the photo, “An afternoon with the greats. Congrats @whoopigoldberg @janetribeca #RobertDeNiro on 16 yrs! Thanks for including me! #Tribeca2017 #JuryDuty.” 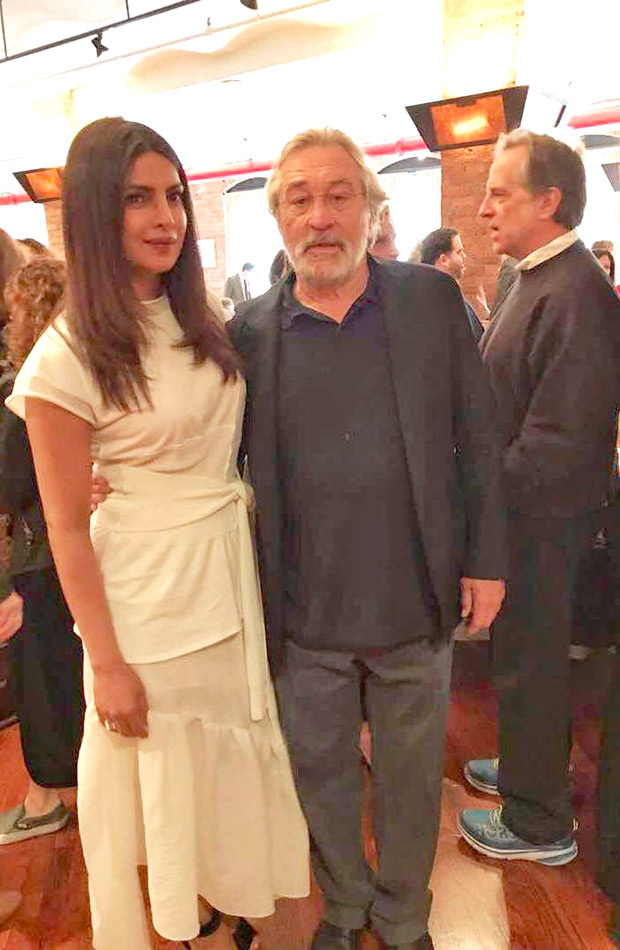 For her appearance at the lunch, Priyanka Chopra wore a layered frock with a ruffled skirt. She paired it up with open-toe heels black heels and mauve lipstick. The belted mid-section with silver embellishments perfectly brought out the look. Diamond earrings and slick hair rounded her look. 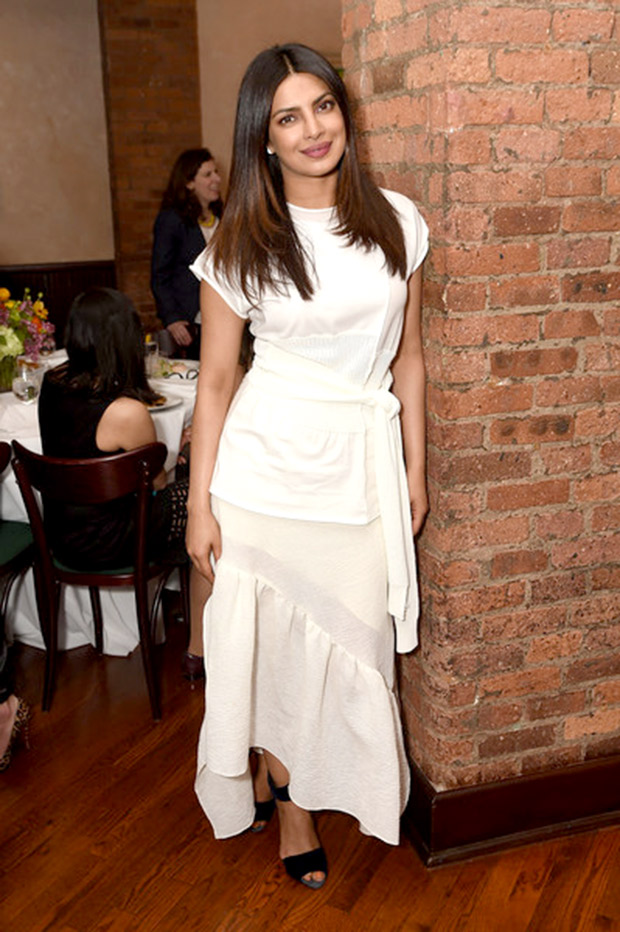 On the work front, Priyanka Chopra will be seen as antagonist in upcoming comedy film Baywatch starring Dwayne Johnson and Zac Efron. The film will be releasing on May 25.