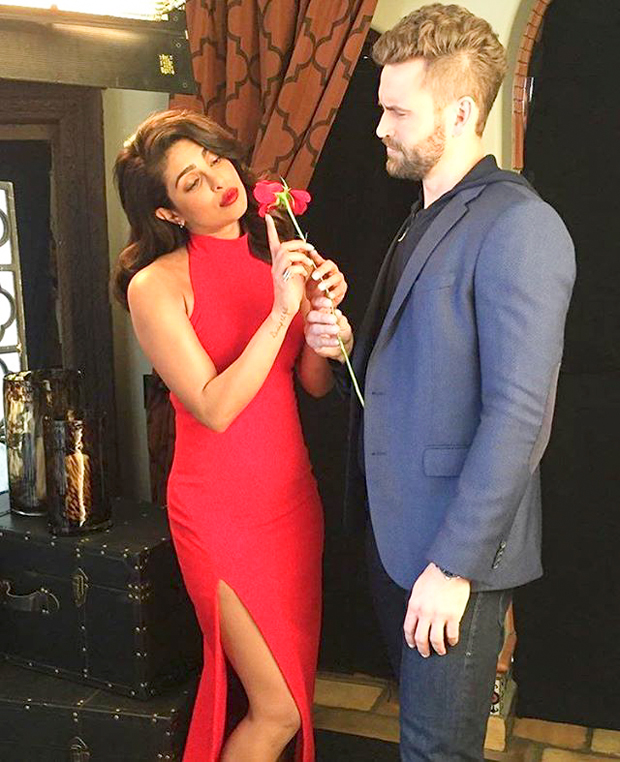 We all know that Priyanka Chopra is a workaholic who shuttles between LA and New York City these days to manage her shooting schedules for both, her TV show Quantico and movie Baywatch.

As the show resumed telecast in the US on Monday after a month-long hiatus, Priyanka Chopra kick started promotions by being on talk shows to doing small promos. As Quantico has been moved to a new time slot on Mondays and will follow the reality show The Bachelor at 10 PM, one of the promos she got to do was with the newest The Bachelor contestant Nick Viall. Priyanka shared a Boomerang clip saying, “Just give me the rose already @viallnicholas28! #TheBachelor passes on the baton to #Quantico! Now on Mondays at 10|9c.” 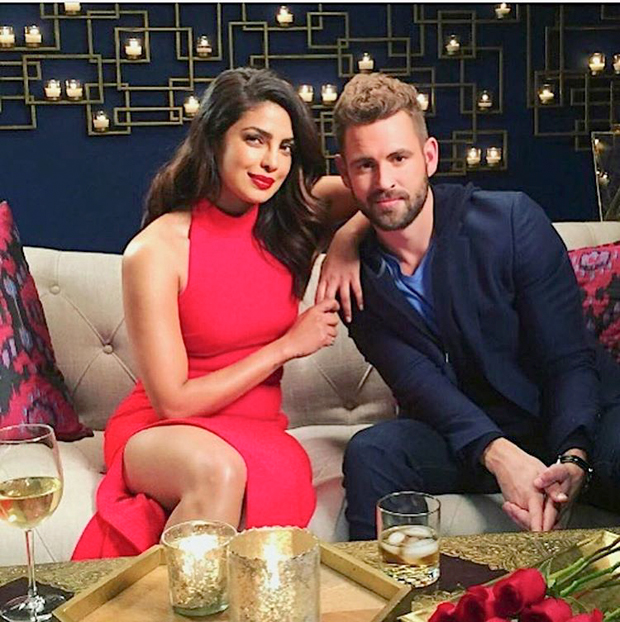 Priyanka Chopra looks smoking hot in a red dress with side slit while Nick Viall looks dapper in a tux. Nick also shared a photo with Priyanka and wrote, "Just a couple of friendly neighbors sharing Monday's nights #thebachelor #abcquantico."

Two promos have been released by now - one where Priyanka interrogates Nick in her character Alex Parrish while in other The Bachelor Nick is looking for the person to give the red rose. “I’m not here to be a bachelorette. I’m here for the right reasons. I’m your new neighbor, every Monday,” Priyanka tells him about the new air date. “We’re going to be best friends.”

Quantico returns tonight in India. Apart from this, Priyanka Chopra will also be seen in Dwayne Johnson and Zac Efron starrer Baywatch in May 2017.

Just give me the ???? already @viallnicholas28! #TheBachelor passes on the baton to #Quantico! Now on Mondays at 10|9c pic.twitter.com/XBC1wu8FRj