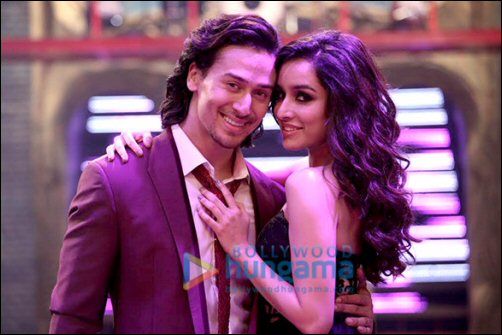 Like the trailer of Baaghi depicted, we will see the 'rebels in love' Tiger Shroff and Shraddha Kapoor dancing to the tunes of some peppy tracks in their upcoming action

drama. The soon to be released dance number titled 'Let's Talk About Love' will see the duo doing some rock and roll in this party track.

Director Sabbir Khan collaborates with Manj Musik once again after the two previously came together for 'Whistle Baja' from Tiger's debut film Heropanti. Here is the stylish look of

Tiger Shroff and Shraddha Kapoor from the song that is sung by Raftaar and Neha Kakkar. While this is the second track from the album of the film, the first song that was released was a romantic

Promising to be an action packed love story, Baaghi, produced by Sajid Nadiadwala, is slated to release on April 29.