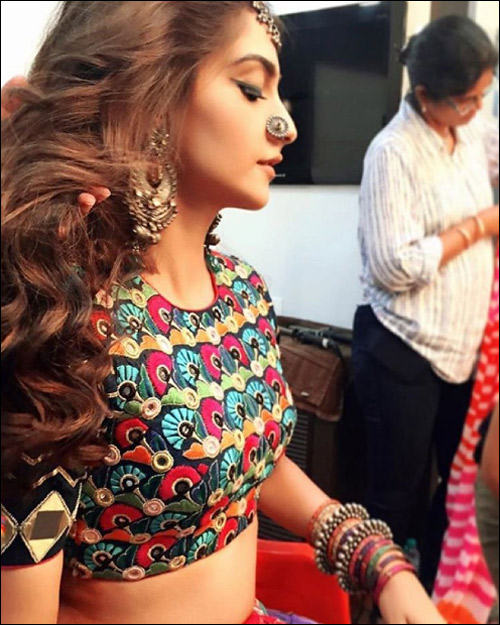 A picture of Sonam Kapoor's look for the Coldplay video was posted by her sister Rhea Kapoor on Instagram. Dressed in a colourful ethnic choli, we saw Sonam Kapoor wearing chunky ethnic jewellery comprising of a nose ring, danglers, bangles and a heavy maang-tika whilst she was getting ready for the shoot.

Sharing another picture from the video, Rhea also wrote, "I may or may not have just styled @sonamkapoor in a @coldplay video! It's out now! Check out #hymnfortheweekend"