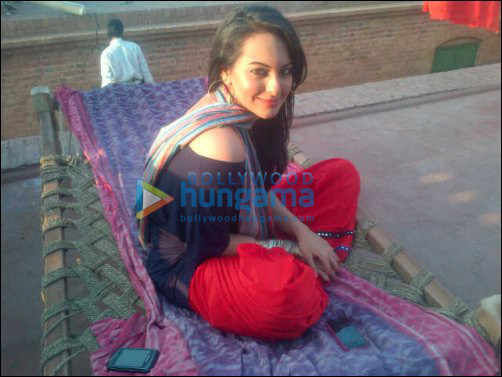 Dabangg girl Sonakshi Sinha surely seems to be having a blast on the sets of Ajay Devgn's home production Son Of Sardar. The actress was in her element during the shooting schedule of the film in Patiala, Punjab.

Sonakshi is paired opposite Ajay in the film which also has Sanjay Dutt and Juhi Chawla as part of the cast. Son Of Sardar is directed by Ashwini Dhir and is slated to release next year.

Ajay Devgn shares a glimpse of the fanart,…