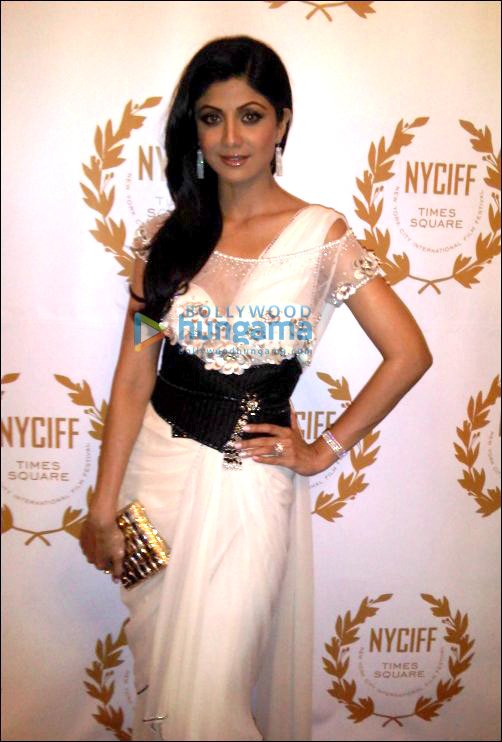 Dressed in a stunning Tarun Tahiliani outfit, Shilpa Shetty was the cynosure of all eyes as she grazed the red carpet at the gala opening of the 2011 New York City International Film Festival.

There to promote her forthcoming film The Desire - A Journey Of A Woman in which she plays an Indian classical dancer who ends up becoming a monk, Shilpa spoke highly of the film that marks her return to the big screen after 4 years.

The film that went on to win the 'Best Narrative Feature Film' at the Geneva Film Festival was also screened at the prestigious Boston International Film Festival.