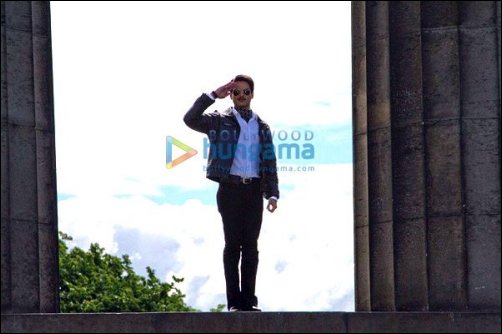 One of the eagerly awaited films of next year is Shahid Kapoor - Sonam Kapoor starrer Mausam. The film marks the directorial debut of Shahid's dad Pankaj Kapur. We came across this pic of Shahid on the sets of Mausam.

Ever since it was announced, the film has been in the news for various reasons one of them being Shahid's look. The buzz is that Shahid who plays an Air Force officer in the film sports a moustached look. After shooting in international locales such as Scotland and Edinburgh, the unit of Mausam is now stationed in Punjab where some important scenes are being shot.

If this pic is anything to go by, Shahid fans are surely in for a treat when Mausam opens next year.