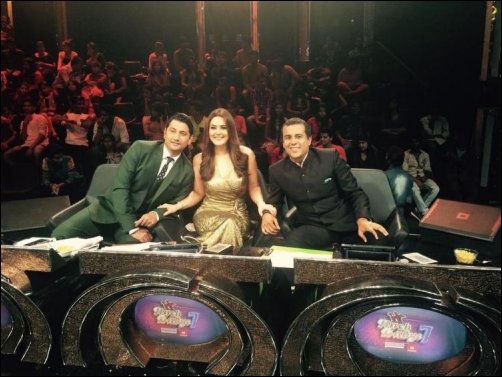 After turning producer with Ishkq In Paris and later getting embroiled in an assault case, Preity Zinta took a break from the glam and jazz for a while. And if you are wondering as to where the 'ever-so-bubblicious' Preity Zinta has vanished, then think no further, as we bring to you the latest update on the actress.


Following the footsteps of her contemporaries, Preity Zinta has been roped in as one of the three judges in the season 7 of reality show 'Nach Baliye' and has started shooting for the same. She has replaced former actress Shilpa Shetty who was previously a part of the judging panel on this celebrity couple dance show. On the other hand, the other judges Terence Lewis and Sajid Khan have been replaced by choreographer Marzi Pestonji and writer Chetan Bhagat.


On the other hand, buzz is that Madhuri Dixit Nene, who has been associated with yet another dance reality show 'Jhalak Dikhla Jaa', won't be judging the show from the next season.