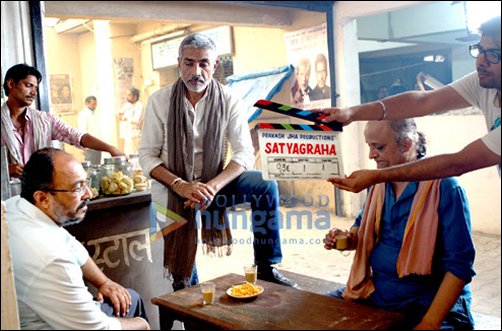 Prakash Jha who previously appeared in cameos in some of his films, is ready to repeat the stint again. And this time, it's for his movie Satyagraha. The director will be making a special appearance in the movie in a pivotal role.

We hear that his role is important to the mass movement and will prove to be a turning point of the political activities in the movie. While the director was acting, he also gave his assistant director an opportunity to direct the shot. Also, writer of the film Anjum Rajabali will be seen in the shot.