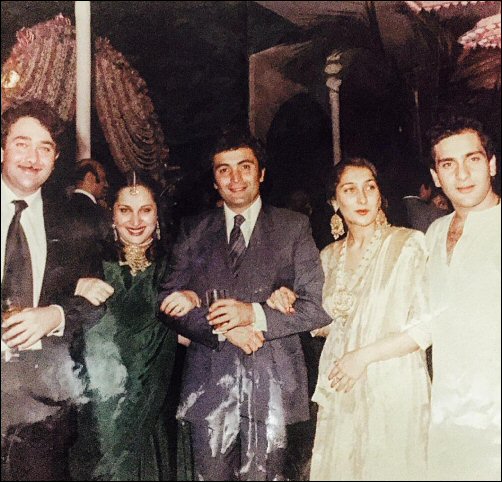 Last week we saw the release of the Shakun Batra directed film Kapoor & Sons that features Rishi Kapoor. Interestingly before the

film released the veteran actor had shared an image of the original Kapoor and Sons from the days gone by. Now his wife Neetu Kapoor posted a vintage image

of the family on her Instagram profile simply saying, 'Kapoor sons and daughters".


Seen in the image are brothers Randhir, Rishi and Rajiv Kapoor along with their sisters Ritu and Rima Kapoor, attending a function and seemingly enjoying the

event. The Kapoor khaandaan entered the film industry back in the 1930's with Prithviraj Kapoor and are still going strong.