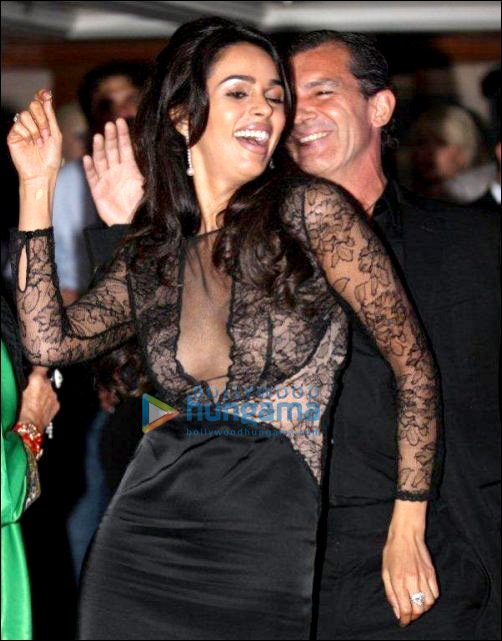 According to sources, Mallika and Antonio got along very well. Their conversation ranged from Bollywood to Mallika's favourite director Pedro Almodovar. Antonio enjoyed Mallika's company so much that he invited her to visit his country Spain and Mallika graciously accepted his invitation.

The two even danced together. Sharing this picture, Mallika tweeted, "So Much fun dancing with Antonio Banderas,he s a great dancer:)"

This year Mallika has been garnering many eyeballs at the Cannes red carpet all thanks to her daring outfits.

Pedro Almodóvar talks about reuniting with…

Hina Khan reveals how overwhelmed she was…

J. Om Prakash: Ever a student