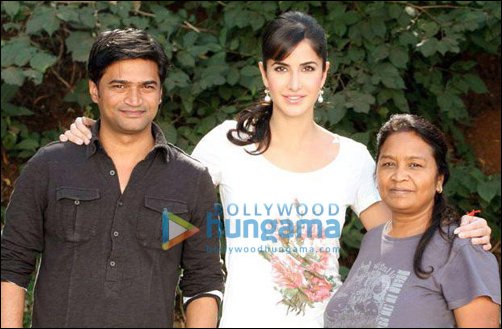 Katrina Kaif is rightly known as an actress with a golden touch, as every film she does goes on to become successful at the Box Office. Though known for starring in big budget commercial movies, Katrina has recently short for a live action animation film Main Krishna Hoon.

The film, which is being directed by Nandan Mohanto, is also said to feature Hrithik Roshan for whom Nandan earlier worked. What's more, the co-producer of this film Pomila Hunter, who has been Katrina's hairdresser, made headlines when Katrina agreed to do a cameo appearance in the film.

Looking at the pictures, it is clear that Katrina was enjoying herself on the sets with the kids. Though it's still unclear what the actual story line of the film is, it is said that Katrina appears in the second half of the movie.