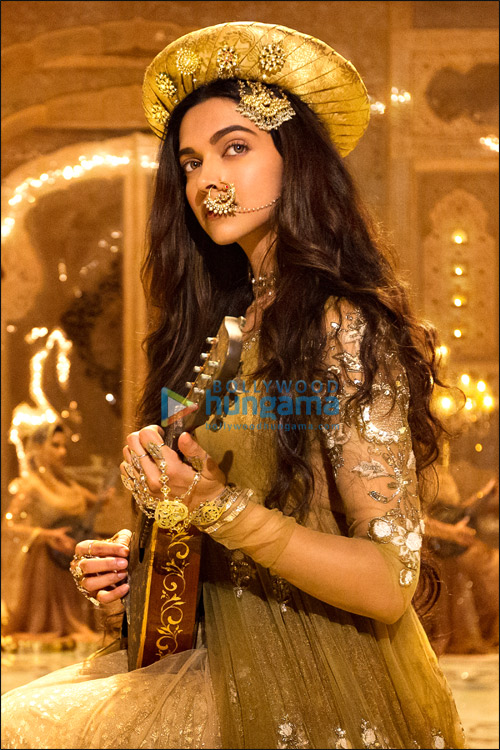 Yet another love story that defies the norms of religion and society is Bajirao Mastani. The film that traces the journey of Peshwa Bajirao who falls in love with the beautiful Mastani, is inspired by real life historic events. And with the teaser of the film already creating furor, the makers will be launching yet another song from the film titled 'Deewani Mastani'.


The song will be launched by Deepika Padukone who plays the role of Mastani and here's a glimpse of the costume the actress will be sporting in the song. From what we hear, just like the grandeur of the film, the launch of 'Deewani Mastani' will also be a grand event with Deepika Padukone walking the ramp for designer Anju Modi (designer of Bajirao Mastani too). The set-up for the song launch will be a replica of Aaina Mahal (palace recreated for the film) wherein the song 'Deewani Mastani' was shot. While there will be many other models walking the ramp for this Bajirao Mastani themed fashion show, Deepika Padukone will be the showstopper who will be wearing the outfit she wore for the number.


Directed by Sanjay Leela Bhansali and produced by him in association with Eros International, Bajirao Mastani also stars Ranveer Singh (as Bajirao) and Priyanka Chopra (as Kashibai) in lead roles. The film is slated to release on December 18.