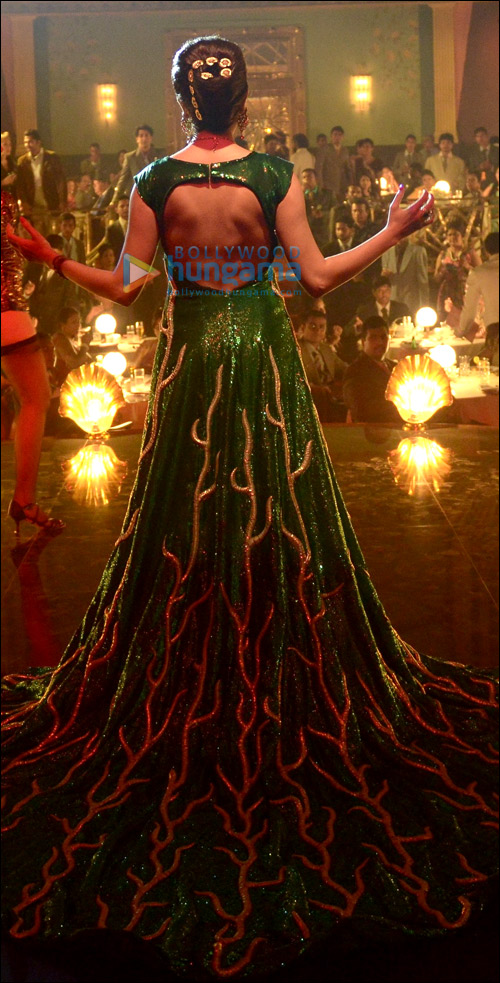 Anushka Sharma has certainly come a long way since her debut alongside Shah Rukh Khan in the film Rab Ne Bana Di Jodi. While on one hand, Anushka has been taking over the reins as a producer for the film NH10, on the other, she continues with her acting assignments.

Interestingly, after her not so successful Matru Ki Bijlee Ki Mandola, Anushka will be seen in the upcoming film Bombay Velvet. Bollywood Hungama gives its surfers a sneak peak at Anushka's look in the film. In fact the dress that Anushka is wearing in this shot weighs a whooping 35 kgs, which the actress dons for the role of a jazz singer in Bombay Velvet.

Anushka is seen sporting the green and gold gown, designed by Niharika Bhasin Khan in her opening song in the period drama. Sequined, with a long train covered in flames, Anushka apparently needed help to carry off, while the said scene sees her behind the mic in a club.