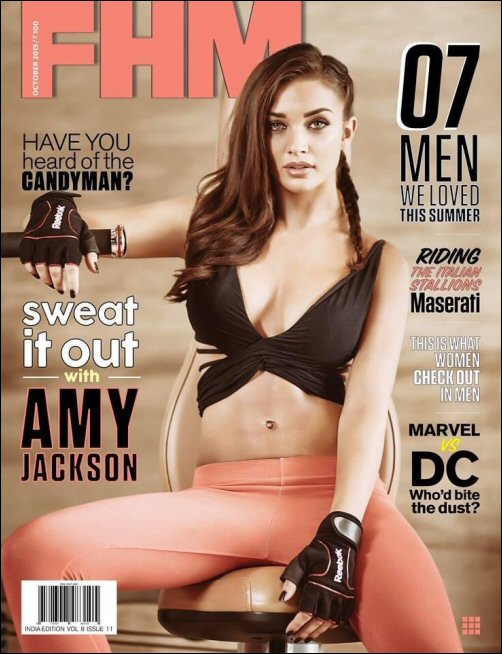 October has just set in but the winter is far from here... but as we wait for the coolest season of the year to hit, the popular menâ€™s magazine FHM has decided on heating things

up further. In fact, the latest issue of the magazine features none other than Amy Jackson as the cover girl for the month of October.


In this issue, Amy Jackson dons a sporty avatar comprising of gym leggings and hand gloves from Reebok pairing it up with Shivan & Nareshâ€™s black halter bralet. The stylish hairdo, black nails and

light make-up compliments this sexy look. If that wasnâ€™t enough the magazine also features Amy as the center spread with an article titled â€˜Sweat it out with Amy Jacksonâ€™. However for those wanting

more the latest issue also features articles on Marvel v/s DC, the seven hottest men this summer, what women check out in men and many others.


As for Amy, the actress who has been seen also everywhere thanks to her next release Singh Is Bliing, has certainly been making rather fashionable appearances at events.

Alaya Furniturewalla is a beauty amidst the…