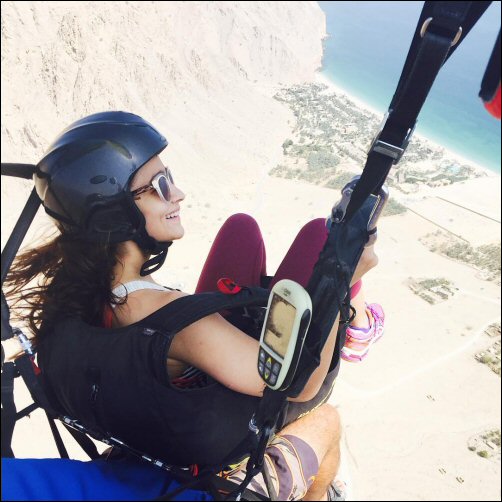 Alia Bhatt may have suffered her career's first flop with her recent release Shaandaar performing below average at the box office; however the young actress hasn't let

this setback affect her. In fact, Alia has taken off on a much needed vacation to a destination still unknown. But keeping her fans posted on her activities, Alia recently posted an image on her


Posting the image Alia added a simple caption saying, "Look, I can fly ;) #Paragliding". Though Alia seems to be enjoying the obvious adrenaline rush that comes with paragliding, back on the film