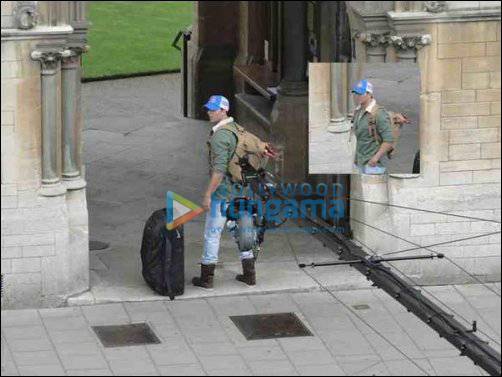 Desi Boyz seems a bit inapt for a film title, but when you consider the starcast and the story of the film the title transforms into perfection encompassing all aspects. Desi Boyz which is being directed by debutant Rohit Dhawan stars Akshay Kumar, John Abraham and Deepika Padukone.

The film which has already completed its first schedule is said to release this November. Bollywood Hungama came across these images of the film shoot featuring none other than the Khiladi Akshay himself at the famous Oxford University.

The film which marks Rohit Dhawan's directorial debut is said to be an action comedy that also features Chitrangda Singh. Though the details of the film are being kept under tight wraps, we are sure that like father David Dhawan, Rohit too won't fail to tickle our funny bone.