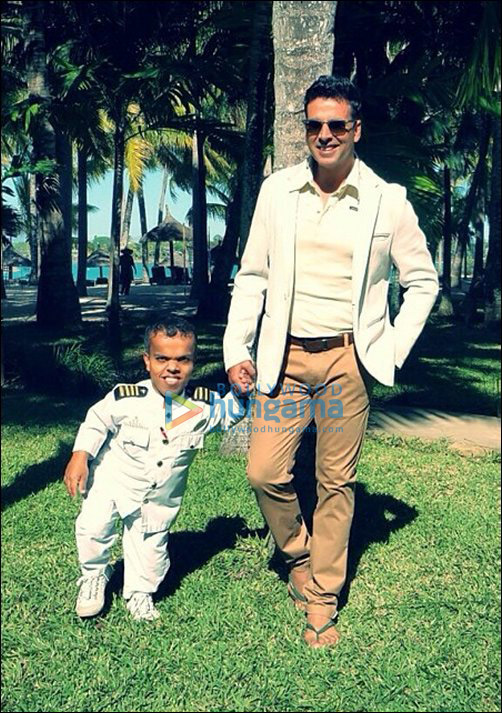 Currently on high spirits with the success of his film Holiday, Akshay Kumar has been juggling between projects. The actor who is simultaneously working on Neeraj Pandey's Baby and Shaukeen remake was recently spotted at Mauritius.

Shooting for the remake of the 80s classic Shaukeen, Akshay was seen posing with one of the members of the crew. Posting a picture with him, Akshay wrote on the social networking site, "The happiest Man with the cutest Captain!! This is my Lil Friend in Mauritius, joining in SHAUKEEN'S fantasies :"

Directed by Abhishek Sharma, Shaukeen remake will have Lisa Haydon playing the lead along with Annu Kapoor, Anupam Kher and Paresh Rawal.