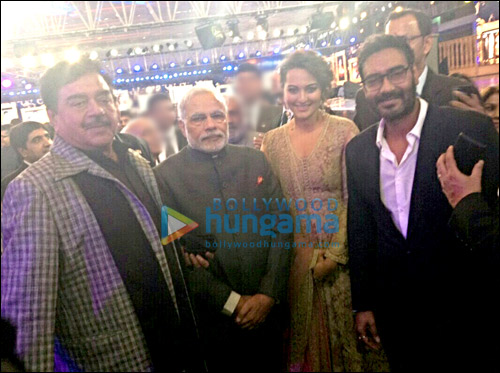 Ajay Devgn's next release Action Jackson will be hitting screens this Friday, but the film has been making headlines for a while now, with the cast going all out to promote the film. However, this time it's a bit different as the cast of the film, namely Ajay Devgn and Sonakshi Sinha got a chance to meet the Prime Minister of India Narendra Modi while on their promotional tour of the capital.


Tweeting about the meet Ajay Devgn posted an image on twitter saying, "When #ActionJackson team met the real man of action @narendramodi in Delhi." Along with Ajay and Sonakshi, actor turned BJP leader Shatrughan Sinha was also in the picture.