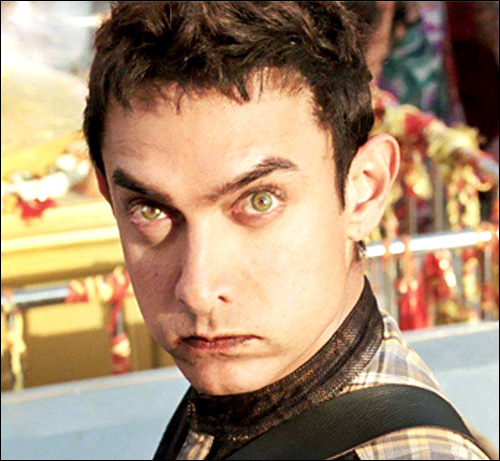 A lot has been said about the Aamir Khan starrer PK. After the release of the controversial 'almost nude' look of Aamir for the film, the audience has been keenly anticipating the film's trailer release.

While Aamir's actually look in the film as well as the film's story has been kept tightly under wraps, a recent promotional campaign for the film's trailer launch revealed a first glimpse of Aamir Khan's look in the film. The image that says '2 days to go for the theatrical teaser' features Aamir complete with his high arched eye brows, green cat eyes and thin lips complete his alien-human cross look.

Though we are still unaware of PK's story line, the comedy - drama directed by Rajkumar Hirani that also features Anushka Sharma, Sushant Singh Rajput, Sanjay Dutt and Boman Irani is slated for release in December this year.