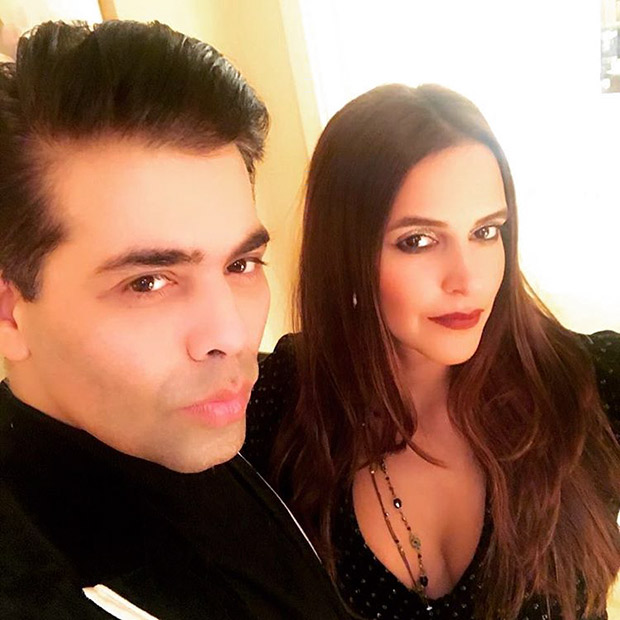 Though we haven’t seen a lot of Neha Dhupia on the big screen of late, the actress’ continues to remain in the public eye, courtesy her public appearances, parties and her latest show No Filter which has had stars making some startling revelations. The former beauty queen turned actress also decided to bring in 2017 in a lavish way and flew to the Big Apple amidst the company of her fraternity friends.

Neha Dhupia took to social media to share the details of her New Year celebrations and posted pictures with her friends on social media. One amongst them was renowned filmmaker, producer and designer Karan Johar. The actress who has previously even interviewed Karan Johar for her show shares a great rapport with him and also fashion designer Prabal Gurung. Amidst party props and a scrumptious feast some of these selfies from the party made it to these networking sites.

Neha Dhupia was last seen chilling with her Bollywood friends at the Manish Malhotra bash that the designer had thrown as a welcome party for Priyanka Chopra.

Karan Johar asks his kids if they know about…