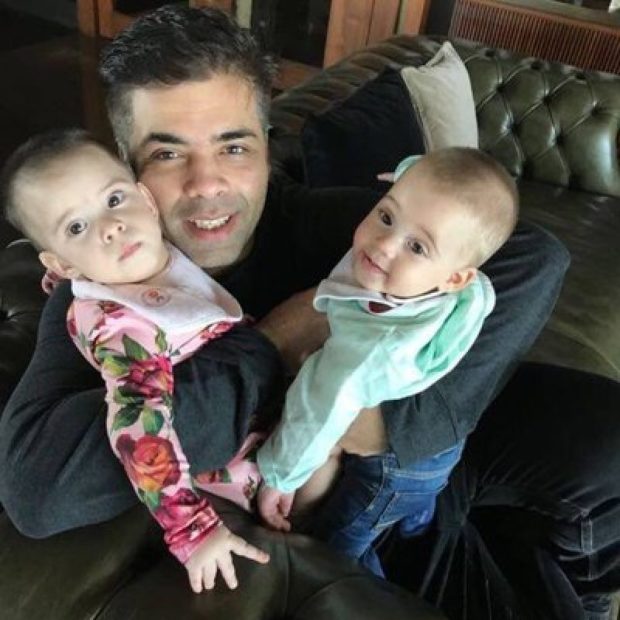 Karan Johar is not just a proud director and producer but also a doting dad. The filmmaker welcomed his twins Yash and Roohi into the world in 2017. The twins were named after Karan Johar’s parents- Yash Johar and Hiroo Johar.

Ever since their first social media appearance, Karan has been spotted many times with his babies at various birthday parties and events. Recently, Karan Johar changed his Twitter profile picture to a picture of him with his cute little babies. Cuddling his twins in the new picture, Karan looked very happy as Roohi and Yash looked at the camera.

On the work front, Karan Johar is on a roll with a ton of projects as a producer. He's producing Student Of The Year 2 starring Tiger Shroff, Kesari starring Akshay Kumar, Raazi in collaboration with Alia Bhatt and Meghna Gulzar, Simmba with Rohit Shetty and Ranveer Singh, Dhadak with Ishaan Khatter and Janhvi Kapoor.