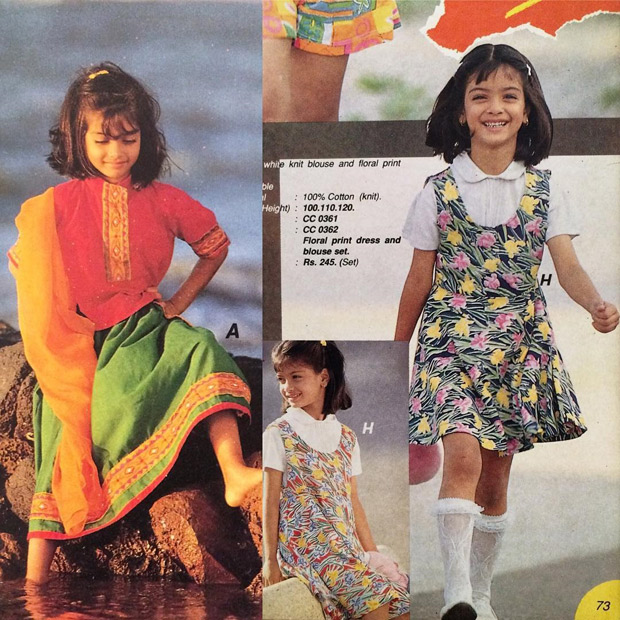 Diana Penty shot into the limelight with her portrayal of the character Meera Sahni in the 2012 film Cocktail, more recently she was seen in the comic caper Happy Bhag Jayegi. But despite her looks and obvious acting chops, Diana does not seem to be a prominent feature in films. However, on the modelling front, Diana is certainly second to none. But we aren’t talking about her films or her current modelling career, instead we are talking about her latest Instagram post.

Giving her followers a peak into her memories, Diana Penty went into flashback mode sharing a childhood picture of herself. Posting the image which incidentally is from her first ever photoshoot at the age of six, she added, “#Throwback to my first ever photo shoot for #Burlingtons' when I was 6 years old #ThrowbackThursday #TBT #Memories”.

Though the image is pretty old, Diana seems to have maintained that innocent charm that shines through almost all her photoshoots even today.

"She was one of my firsts," says Diana Penty…