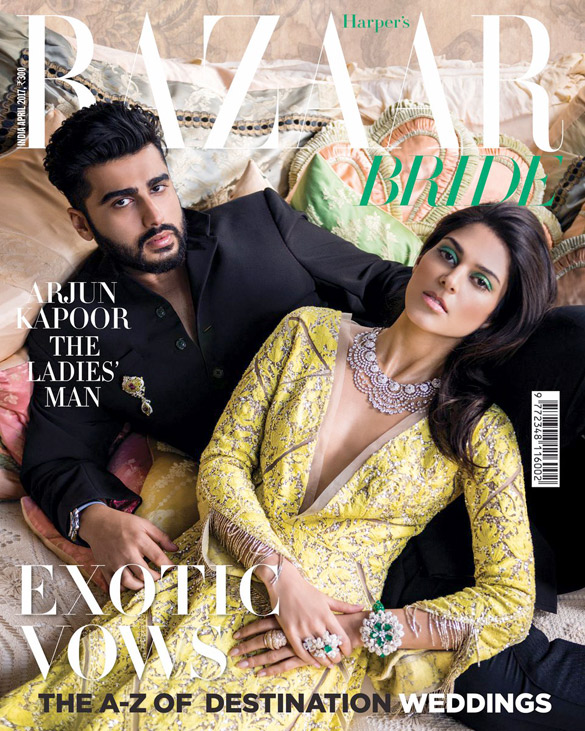 Arjun Kapoor has been keeping busy shooting for his next movie, Mubarakan. The cast and crew recently wrapped up the second schedule shooting in London. In between shoots, the actor managed to do a cover shoot for April issue of Harper's Bazaar Bride in London.

Arjun Kapoor shared the cover in which he is touted as the 'The Ladies Man'. Arjun looks suave in a black sherwani posing alongside supermodel Sundal Roy. He wrote, "Lookout for the April issue of @BazaarBrideIn loved the experience of shooting it away from home in London thanks to an awesome team."