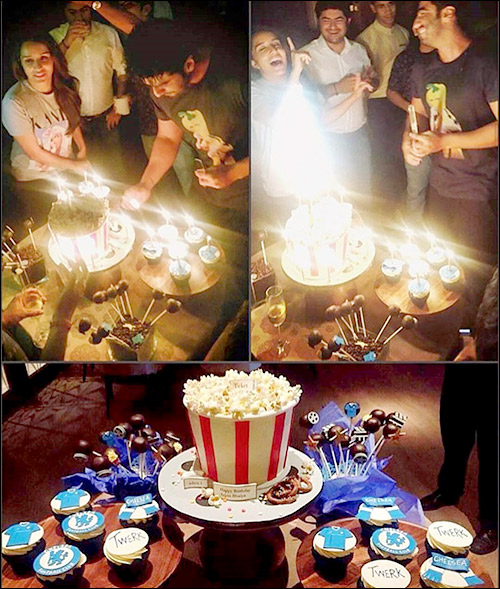 Arjun Kapoor, who skipped IIFA this year, celebrated his 31st birthday last night in Delhi on the sets of his upcoming film Half Girlfriend. The cast and crew surprised Arjun Kapoor at midnight with a cake and celebrated it together.

Shraddha Kapoor, who is starring opposite Arjun Kapoor, for the first time, was also present. Later, both of them smeared with the cake and enjoyed the night to the fullest. Arjun received tons of wishes from his fans as well and he thanked them with a photo that said, "Hand on my heart my mother on my wrist I shall always be happiest when I get to entertain all of u...thank u for all ur love !!!" 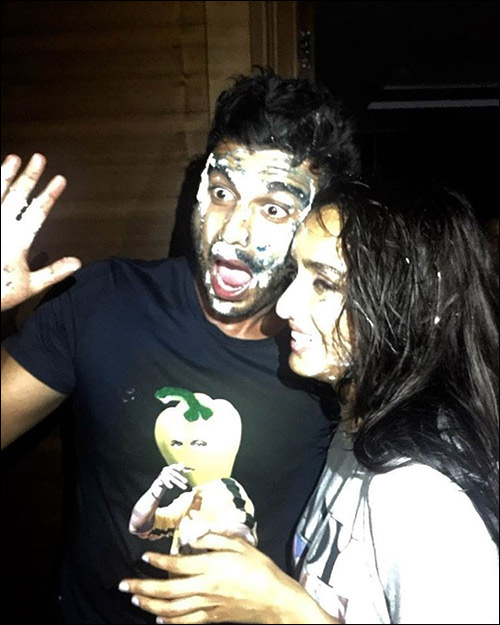