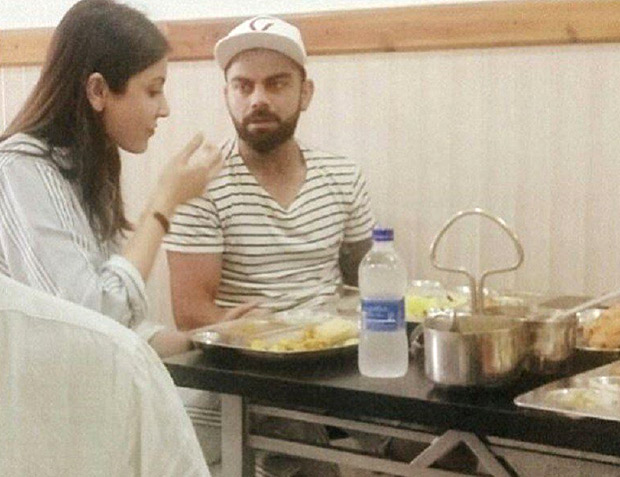 Power couple Anushka Sharma and Virat Kohli do love to spend time together whenever they get off from their busy professional lives. Often referred as 'Virushka' by fans, the couple loves to go on vacations together and visit new places.

Even during the paparazzi culture, this couple tries to lead a normal life. After being spotted together planting and watering a sapling in Sri Lanka earlier this week, Anushka Sharma and Virat Kohli were snapped grabbing delicious food. They were engrossed in a conversation while they enjoyed a thali. Virat was seen gazing at Anushka while they had a conversation.