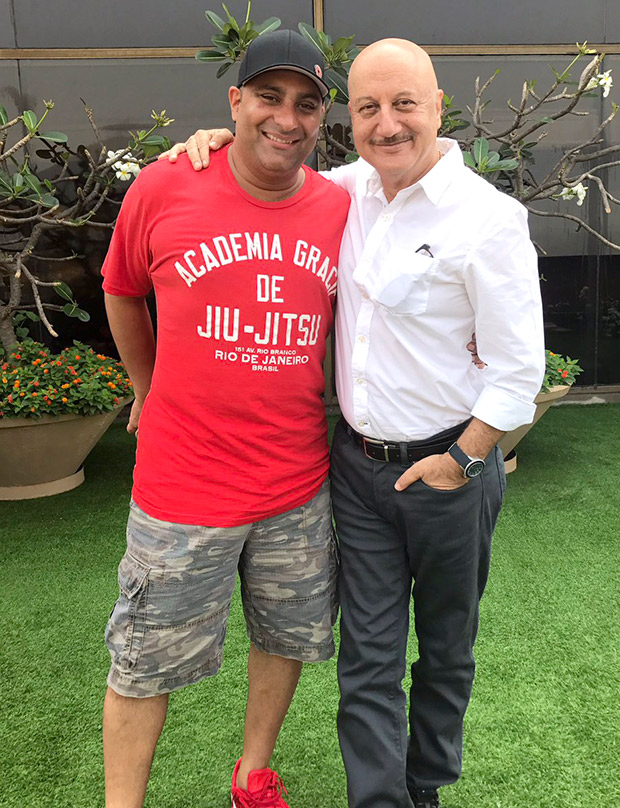 Anupam Kher recently reunited with ace stand-up comedian Russell Peters in Mumbai. Russell Peters is currently in India for some of his stand up specials and also shooting for his mini series. On Wednesday, Anupam Kher and Rusell Peters met for brunch. Along with Russell, came the cast and crew of their upcoming mini-series, The Indian Detective. He shared some photographs from their reunion and wrote, “Wonderful to reconnect with @therealrussellp, Cast, Crew & d director of #TheIndianDetective series @sandymoustache in Mumbai.:) #Stanley.”

Besides being good friends, Anupam Kher and Russell Peters are also starring in a mini-series called The Indian Detective in which he is playing Russell’s father. The comedy drama also stars Daniel DeSanto and Khalil Kathrada. The series will star Peters as a Toronto cop who unexpectedly finds himself investigating a murder in his parents’ Indian homeland. Last month, Anupam Kher wrapped the shooting of the series in Cape Town. 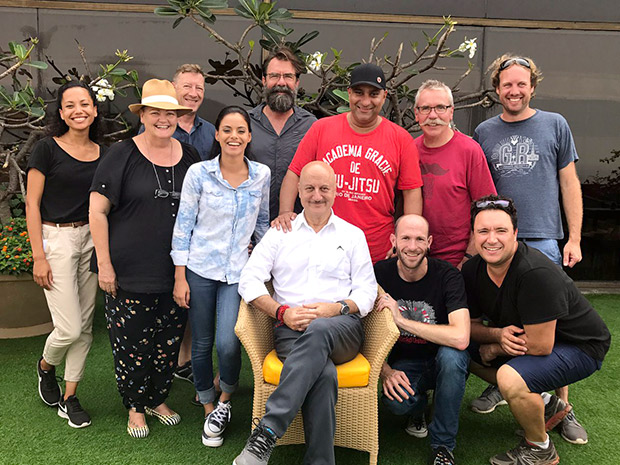 Meanwhile, Anupam Kher will be seen in Taapsee Pannu starrer Naam Shabana that is releasing on March 31, 2017. Besides this, he is also starring in Akshay Kumar starrer Toilet- Ek Prem Katha.