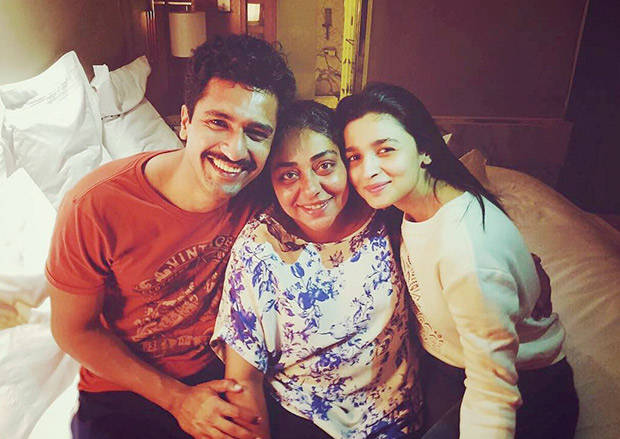 Alia Bhatt, who has done diverse roles, is all set to play a strong female protagonist in Meghna Gulzar’s unconventional film, Raazi. The film is based on the novel ‘Calling Sehmat’ and the film went on floors in the month of July. The film stars Vicky Kaushal opposite Alia Bhatt. 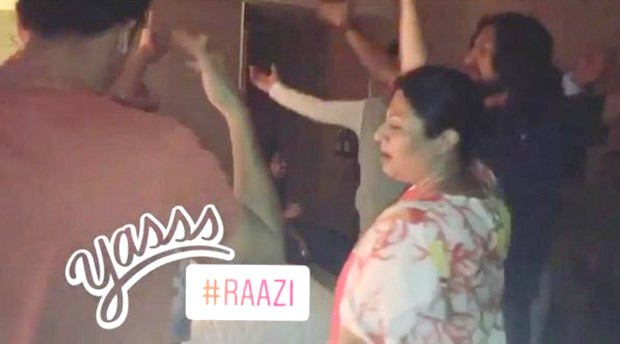 The first schedule was shot in Mumbai. The second schedule of the film was being shot in Malerkotla in Punjab where Alia Bhatt was spotted shooting on the streets of the city. Now, the second schedule has come to an end. To mark the day, Alia shared a photograph with Meghna Gulzar and Vicky Kaushal and simply wrote, "Raazi." In her Instagram stories, she shared a couple boomerang videos as the cast and crew burned the dance floor in the celebration of the wrap up. 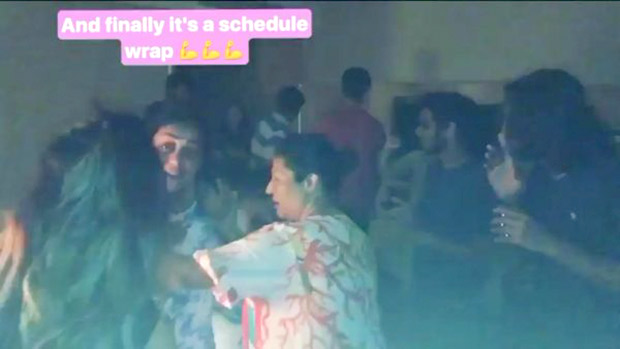 Co-produced by Dharma Productions and Junglee Pictures, Raazi stars Alia Bhatt and Vicky Kaushal in the leading roles. Raazi is a thriller which is set during the 1971 war between India and Pakistan. Alia Bhatt is playing the role of a Kashmiri girl married to a Pakistani army officer who hands over confidential information to the Indian forces.