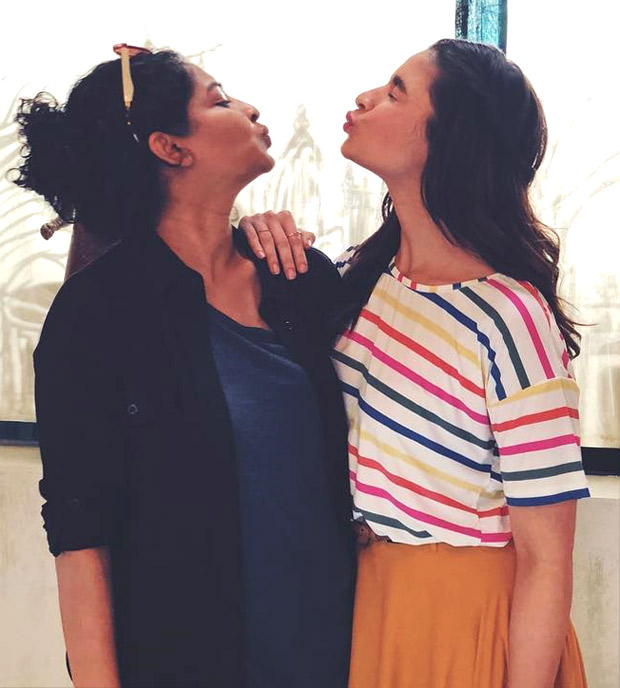 Alia Bhatt had a perfect 2016 with some incredible performances in three films back to back. One of her films which was loved by the audience of Gauri Shinde directorial Dear Zindagi. The film also starred Shah Rukh Khan.

On Wednesday, Alia Bhatt shared a photograph on her social media after reuniting with Gauri Shinde. The duo reunited for an ad shoot which is being directed by Gauri. Happily making duck faces at each other, Alia captioned the picture, "Ad shoots with my “Dear Zindagi"."

On the work front, Alia Bhatt recently wrapped up Raazi which is being helmed by Meghna Gulzar. The film stars Vicky Kaushal in the lead and is set to release on May 11, 2018. Besides this, Alia has two projects- Gully Boy with Zoya Akhtar starring alongside Ranveer Singh and Brahmastra with Ayan Mukerji starring Ranbir Kapoor.