The censors too have realized that the audience has come of age. What will still be objected to in cinema is sleaze or any other repulsive approach to sex. If told well—read cleanly!—enough, a story on any aspect of procreation is welcomed now with open arms. 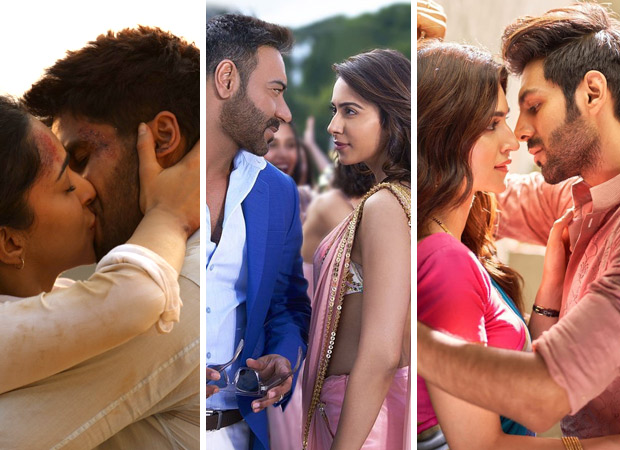 We would also rather not give a great chunk of credit to the bold web series and short films on such subjects. Why? Let us face it—most of these are tailored to global audiences as well, have a very limited reach vis-à-vis mainstream movies, and, of course, the boldness here also comes from the non-existence of censorship on the OTT platform.

The cinema-going audience is, however, the most ruthless censor of all because they cut off a film they find unacceptable— in toto! Ribald has its place, of course, but invoking disgust or loathing for something as natural as sex is a totally different issue.

As early as in 1978, Pati Patni Aur Woh did very well in those staid days, so much so that the comedy is being remade now. This film emulated the Hollywood brand of infidelity movies, especially with its tangy end that showed that libidinous men will—always!—be libidinous men.

In the first decade of the millennium, Masti (2004) and No Entry (2005) brought in a blend of comedy with infidelity again. They did well and very well respectively. In 2005 also came Salaam Namaste, which found limited but definite urban approval in many parts of India, with its living-in concept and pregnancy out of wedlock. But these films can be at best called precursors of the times and films to come and that too, only in their themes, as they were not all that revolutionary and also had a ‘moralistic” culmination despite the fairly naughty and bold narration.

The first real game-changer was, thus, Vicky Donor in 2012.

In 2012, this Shoojit Sircar film was the real McCoy, as the Americans put it. The debut film of Ayushmann Khurrana (soon to be a regular ambassador of lighthearted cinema for social change) examined this dicey topic of sperm donation with a beautiful blend of laughs and seriousness.

What could have turned out to be a sleazy comedy became a squeaky-clean, powerful endorser of a social need. Starting out with near-empty theatres in the morning shows, this John Abraham home production saw packed audiences by evening, thanks to word-of-mouth.

In 2013, a Punjabi girl, jilted at the altar, defiantly goes alone on a “honeymoon” and even stays in the same service apartments as several men abroad. This gutsy behaviour and other points of view of this single lady were welcomed by the gradually evolving audiences. The film was Queen.

The first definite sign that a well-made ribald sex comedy could be accepted by both the single-screen and multiplex audiences came with Grand Masti in the same year. The laugh-riot walked the perfect tightrope between sleaze and naughtiness. Old couples and groups of same-sex friends of all ages were a common sight in the theatres as it careened towards the 100 crore benchmark—an incredible feat for a film of this genre. 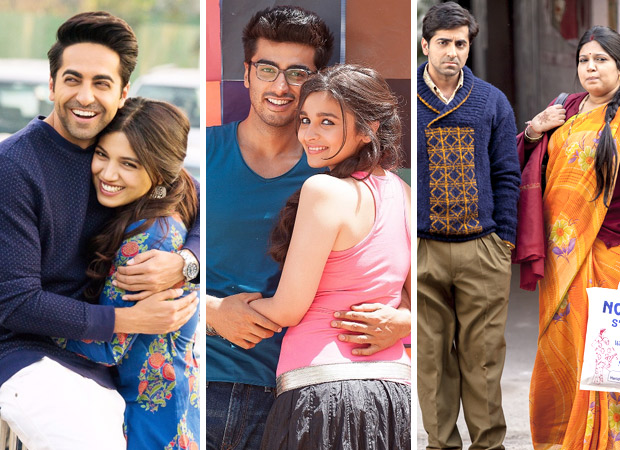 Pre-marital sex among college students was also accepted in the bigger context of a turbulent romance in the 2014 2 States, a healthy sign that the consumer was changing.

2015 saw body-shaming being exposed in Dum Laga Ke Haisha, the story of an overweight spouse, given in marriage to a man who lacks education, as an indication that he deserves, like the fat girl, no choice of his own for a life-partner. How the girl wins over the man to accept her as she is, and how they cement a bond formed the thrust of this film that warmed the cockles of the audience. Yes, Ayushmann featured here as well.

2017 saw the audacious Shubh Mangal Saavdhan discussing impotency, which again needed sensitive handling for the movie to be accepted. The Ayushmann Khurrana-Bhumi Pednekar film passed this test with distinction and earned widespread approval. In fact, the dialogues of the film were its highlight. Its sequel, Shubh Mangal Zyada Saavdhan, is now on the cards on the topic of homosexuality, and might emerge as the first mainstream film in which, as Ayushmann puts it; the gay characters are “not caricatures”.

In 2018, came what was possibly the boldest and most endearing film that soon proved how mature and evolved the Indian audience had become now. Ayushmann was, this time, the distressed young man in love who finds that his past middle-aged parents are now going to have another child (he already has a teenage brother). The social ramifications were boldly talked about in this entertainer with a heart of gold, the ace up its sleeve being the progressive grandmother of the hero. Badhai Ho became, for its scale, a blockbuster.

And so, if sperm donation, body-shaming, impotency and late pregnancy as a consequence of active middle-aged sexuality could be shown tastefully and fruitfully, it was crystal-clear that viewers have evolved.

In the first half of 2019, we have already had De De Pyar De, in which a middle-aged divorcee falls in love with a girl as old as his children, has his ex-wife’s approval but had to bring his kids around to accept a second mommy, and Luka Chhupi that stressed that living-in could be acceptable even in a small-town as a possibly better alternative in some cases to an unsure marital outcome.

And the latest super-hit, Kabir Singh, also talks freely of premarital sex when two people are in love. Of course, it also goes to the other end of the spectrum where the hero asks a film actress if she will sleep with him, no strings attached, whenever he “feels the need”. Yes, a segment of the viewers is rightfully outraged because he treats this woman (and by implication, his beloved) as mere sex-objects. But in the larger context, even this has been accepted as a kink in a normal person rather than as a distasteful deviance.

And that, probably, is the greatest evidence that film buffs today are drastically different from the times when, but for a rare audacity in Pati Patni Aur Woh, such films would not have been even conceived.