Popular band BTS' music has listeners all around the world. The group, that hails from South Korea, has fans in celebrities too who often praise their music. Rapper Cardi B is known to be an avid listener of BTS. In her recent Instagram stories, she was seen listening to 'Black Swan'. 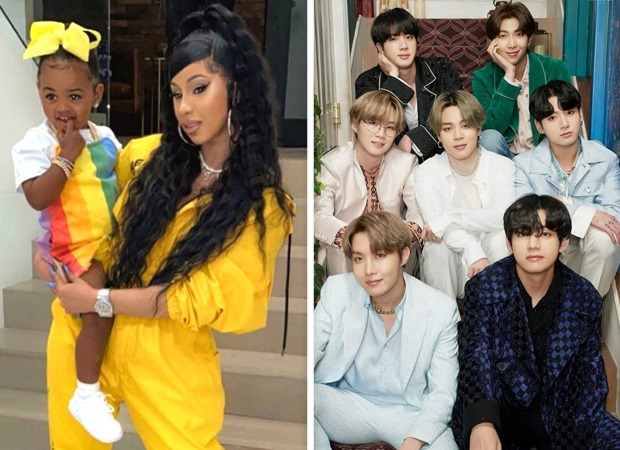 On August 26, Cardi B shared a couple of stories on her Instagram. In one of them, he was grooving to her hit track 'WAP'. In another one, she was filming her daughter Kulture as 'Black Swan' from BTS' album 'Map Of The Soul: 7' played in the background.

This isn't the first time she was listening to a BTS track. After meeting the group back in 2019 during Billboard Music Awards, she was seen listening to 'Boy With Luv' ft. Halsey. Cardi and Offset had met BTS backstage.

But why isn’t anyone talking about cardi b humming boy with luv
pic.twitter.com/3jeEtlRrHn

Earlier this year, when BTS were in the US for the 'Map Of The Soul: 7' promo, they participated in the Carpool Karaoke segment on The Late Late Show With James Corden. During the segment, they crooned 'Finesse' by Bruno Mars feat. Cardi B. The rapper was quick to respond to the video stating how members RM and J-Hope slayed her rap verses.

Me homeless cause hobi & joon took my job pic.twitter.com/28WwHXVChh

Cardi B landed at No. 1 with 'WAP' featuring Megan Thee Stallion on Billboard Charts and racked up 93 million streams in seven days. "I’m sooo f--kin happy .Im so proud of us !Yooo God is sooooo big .I did NOT see this coming I wasn’t even expecting all this yooo. Wap Wap Wap!!!!! Thank you @theestallion !!!GETTING DRUNKYYY EARLY !!!!" Cardi gushed about her Hot 100 milestone.

Meanwhile, BTS released their English track 'Dynamite' on August 21, 2020. The song has broken several records already including racking up 101.1 million views in 24 hours making it the first music video to do so in Youtube history. The song has also ranked No. 1 in more than 100 countries already becoming BTS' fifth song to achieve this milestone after 'Black Swan', 'Moon', 'My Time', and 'Your Eyes Tell'. Their song 'Filter' has also received No. 1 in countries.

ALSO READ: BTS drop B-side music video for ‘DYNAMITE’ and the uplifting vibe is what we need right now