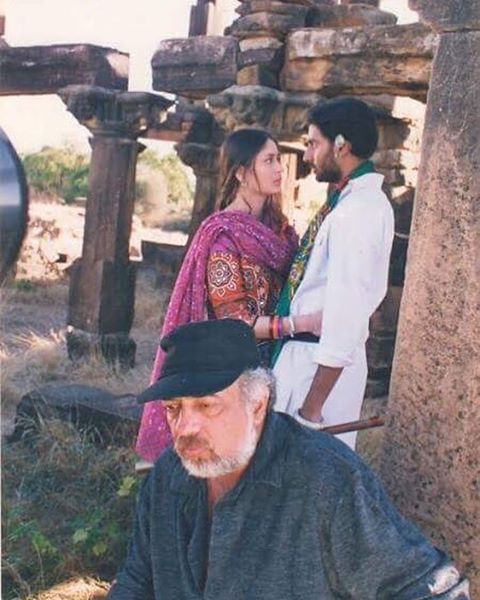 Readers may recollect that Abhishek Bachchan and Kareena Kapoor Khan made their debut together in the J P Dutta romantic drama Refugee in the year 2000. While the film brought together names from two of Bollywood’s most influential families, the demure look of Kareena and the simple character sketch of Abhishek won hearts along with the melodious tracks. Here’s a picture for all those who want to relive that moment.

Besides us, yet another person turning nostalgic was Abhishek Bachchan. In fact, the actor shared this picture from the sets of Refugee on social media along with a small yet sweet note reminiscing about his shooting days with Kareena Kapoor Khan. He said, “#flashbackfriday bebo and I shooting a song (mere hum safar) for our first film Refugee in Bhuj. Both looking terrified coz evidently JP saab doesn't look very impressed with our antics.”

While their chemistry turned out to be a super success, it’s been a while since we saw Abhishek Bachchan and Kareena Kapoor Khan together on the silver screen. On the film front, we hear that the actor has signed four films including Prabhu Deva’s Lefty.

On the other hand, returning from her maternity break is Kareena Kapoor Khan, who will soon start the schedule of Veere Di Wedding co-starring Sonam Kapoor.