Deepika Padukone is one stunning beauty. The actress recently made her fans go gaga over her dreamy MET Gala 2019 look. The netizens could not stop raving over her beauty. Now, the actress is all set for yet another huge red carpet appearance at French Rivera. And this time she is returning to the French Rivera. Deepika Padukone, once again, is representing L'Oreal brand at the 72nd Cannes Film Festival. Deepika Padukone, who never fails to stun at any red carpet walk, has yet again proved that nobody does the couture better than the beauty herself! 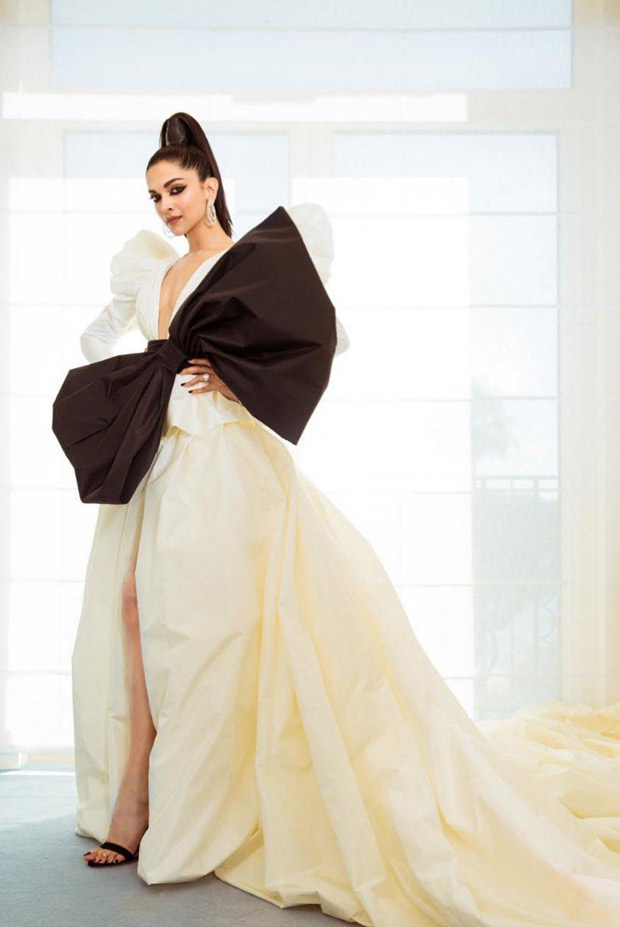 Having walked the red carpet for the prestigious Cannes ever since 2010 which marked her debut on the global event, Deepika’s look for this year’s 72nd Palais des Festivals Cannes has grabbed all the International attention and the fans can’t seem to get enough of the global icon! Deepika is wearing custom Dundas couture in the combination of black and cream with an edgy high pony that gives all the drama to the outfit, accessorised with drop dangler pair of jewellery along with heels to go with it and a long dreamy trail that rules the carpet. With a slit that compliments her tall figure, Deepika looks like a gift to the world as she dons a massive bow on the couture as she stuns the world.

While Deepika Padukone graced the festival last year in a larger- than- life Pink Ashi Studio dress and received appreciation from all across, this year the diva surely has taken the couture game notches high! 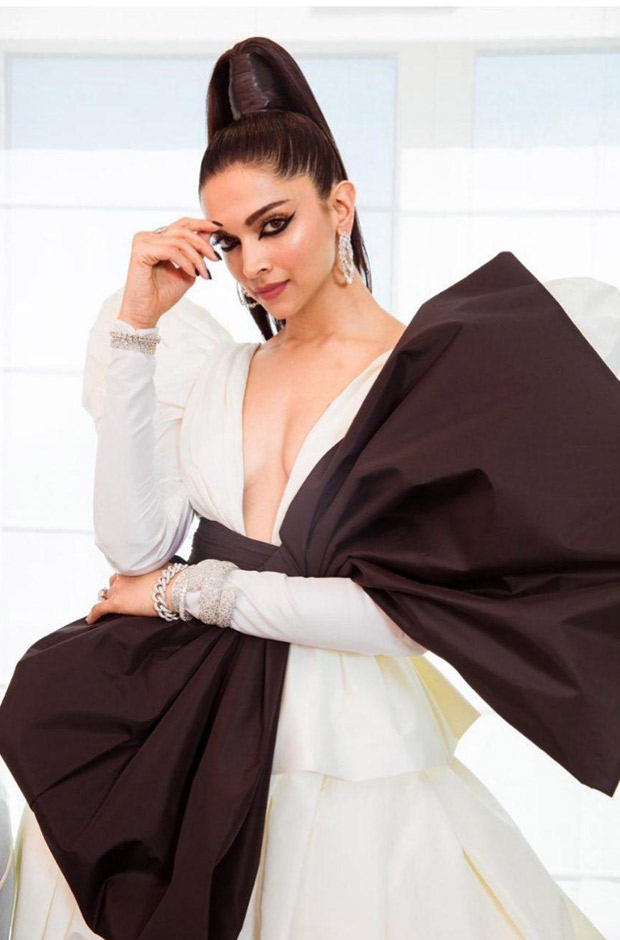 After acing the edgy Barbie look at the MET Gala event, where the actress walked elegantly exhibiting a great style in a Zac Posen couture which made the fans go crazy over her sartorial choice, the fans were eagerly awaiting the look this year ever since the actress posted a story on her Instagram asking the fans if she should be wearing red. Now that the look is out, the fans cannot stop gushing over the actress and are pouring in all the appreciation.

Featuring in the list of the most influential global icons, Deepika Padukone sure knows how to give us the dose of drama along with her omnipresent poise. In the presence of other attendees from across the world, Bollywood's leading star surely has put India on the global map with her sartorial choices and presence across the world- walked like a queen!

Over the years, Deepika has turned in her fashion A -game and the global icon does it again at Cannes, this year.

Deepika will be next seen in the film, Chhapaak where she slips into the shoes of an acid victim-survivor to bring the best to the screens. Helmed by Meghna Gulzar, the film is all set to release on 10th January 2020.

On the work front, after bringing to screen the courage and valour of Rani Padmini in Padmaavat, Deepika Padukone is also busy with personifying another tale of bravery and human spirit with Malti, an acid attack survivor. Drawing instances from the life of Laxmi Agarwal, Chhapaak is a story of the strength and integrity of a woman. The film is being helmed by Meghna Gulzar and is set for January 2020 release.